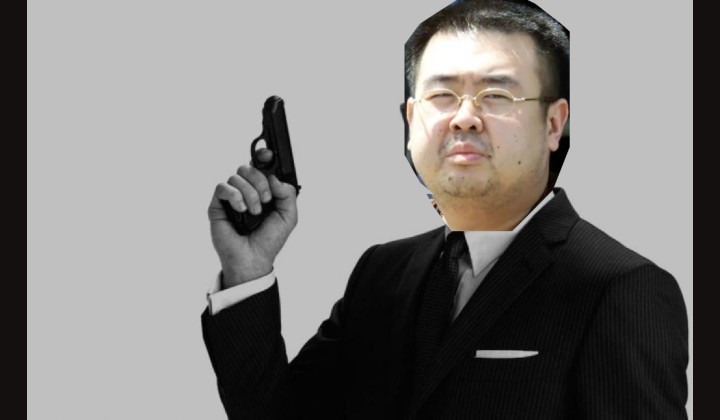 Well how about a plot twist worthy of a Hollywood spy movie?

Kim Jong-nam, the half-brother of North Korean Supreme Leader Kim Jong-un, who was murdered in  Malaysia turned out to be a  US Central Intelligence Agency (CIA) informant!

And that his fatal trip to Malaysia in 2017 was to meet his CIA contact.

Although, an unnamed informant who was a â€œperson knowledgeable about the matterâ€ told WSJ that it may not have been the sole purpose of his Malaysian visit.

But wait, thereâ€™s ANOTHER plot twist!

This information was revealed to WSJ by former US officials who also stated that the slain half-brother of The Worldâ€™s Greatest Leader was definitely in touch with security services of several nations.

There is some doubt on the value of information that Jong-nam provided as he had not been living in North Korea for several years and wasnâ€™t known to have powerful connections in Pyongyang.

But holy moly, all this plot twisting sounds like something youâ€™d find in a James Bond movie!

The details of Jong-namâ€™s relationship with the CIA and China isnâ€™t really clear, but hereâ€™s what we know so far:

He was murdered in Malaysia

While at Kuala Lumpur International Airport (KLIA) in 2017, liquid VX, a dangerous and illegal chemical weapon, was smeared on his face.

The accused poisoners were released

Two women, Doan Thi Huong, who is Vietnamese and Indonesian Siti Aisyah, were charged with poisoning Jong-nam but they were released by Malaysian authorities earlier this year.

Although Pyongyang denies it, South Korean and US officials have said North Korean authorities had ordered the assassination of Kim Jong-nam.

This wasnâ€™t the first assassination attempt

He survived an assassination attempt at Hungary in July 2006 and another one in 2012.

Thatâ€™s all we know for now, but itâ€™s a FASCINATING saga. Truth really is stranger than fiction, eh?

North Korea Banned Its People From Laughing, Drinking And Shopping: Here’s Why