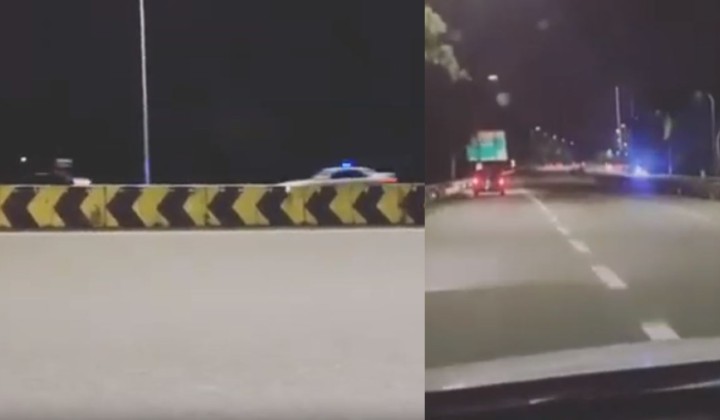 A short 34 second video of a police car going against traffic quickly raised eyebrows over the weekend.

But as fast as that police car was going, a press statement by Johor Police still followed close behind.

Before any rumours could circulate about the police force, they declared the reason for this action, together with all the precautions they took as well.

Talk about being nipped at the bud.

The so-called ‘car-chase’ that happened at 2.06am on June 9, near the Perling Toll Plaza was in response to an accident that occurred on the east side of the highway.

Johor Police said the police car had followed all safety protocols for such a situation by switching on the beacon lights, blasting the sirens and using the emergency lane.

In the press statement, Johor Police also shared the outcome of the event, where their policemen had waited with accident victims till the arrival of paramedics.

Netizens too are commending the efficiency of Johor’s police force.

SriKumar VB saying, “Yes, This is fast action. I support the actions of those policeman. Who cares what people say…”