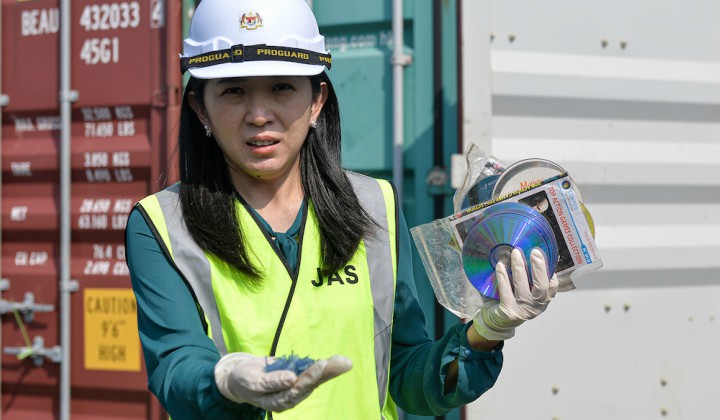 Late last month, Malaysia cheered as Minister Yeo Bee Yin shipped back 450 metric tonnes of plastic waste that arrived on our shores from countries such as the US, UK and Canada.

Soon after that, the Philippines followed suit and sent back rubbish that was falsely declared as recyclable goods to Canada. Philippine President Rodrigo Duterte sent the waste back saying, â€œLoad that up on a ship and I will advise Canada that your garbage is on the way. Prepare a grand reception. Eat it if you want to.â€ Ainâ€™t that pretty G.

Well, it looks like these Western countries are now getting our message cause US based news site New York Times covered the story!

The article explains how Malaysia became one of the main dumping sites for plastic waste after Chinaâ€™s abrupt waste restrictions came into play in 2017. After that, unlicensed trash dumps started popping up all over Telok Gong in Port Klang.

It also goes on to say that Malaysia got most of it’s illegally imported plastic waste from the United States followed by Japan, Britain and then Germany, adding that â€œIn Malaysia, the campaign against imported waste has been led by Yeo Bee Yin, the 36-year-old environment minister.â€

Besides the New York Times, other foreign news sites also covered the story, like BBC, Business Insider and Independent.

In the reports, Yeo was quoted saying â€œ”Malaysia will not be a dumping ground to the world … we will fight back. Even though we are a small country, we can’t be bullied by developed countries.”