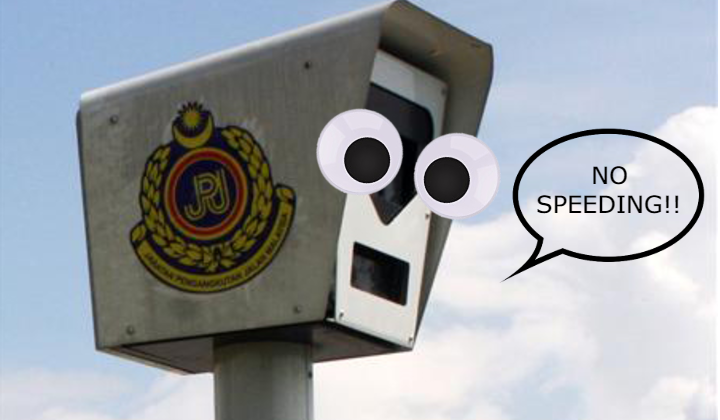 Fair warning to all you speed demons out there!

This comes after reports stating that JPJ had failed to keep the speed-trap cameras in working condition due to a lack in expertise since the department took over operations of the system late last year.

JPJ officials however denied those reports and reaffirmed that only 4 out of the 45 speed trap cameras located on major highways across the country are out-of-order.

The department also mentioned that since May of 2019, over 160,000
traffic summonses have been issued to delinquent road users.

So, it looks like thereâ€™s no way to cheat out of that speeding ticket anymore fellas…

Since the Pakatan Harapan government took office, all previous recorded AES summons from 2012 up till August 2018 had been forfeited.

Last May, the Transport Ministry had announced the installation of 11 new camera systems on the PLUS Highway, adding on to the existing 19 which were already in operation.

This year alone, a total of 10,321 accidents, including 106 deaths have been recorded since Op Selamat 15 began for Aidilfitri.

Though the very existence of these cameras may seem like a nuisance to most, research data does conclude that enforcement systems such as AWAS do indeed play a role in curbing the number of road accidents.

So with that being said, best to keep a close eye on that speedometer and that foot off that gas pedal this holiday season.