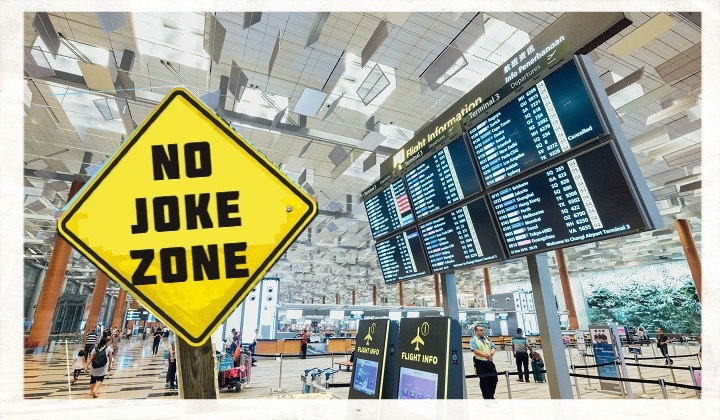 An airline passenger in Kuching discovered that the hard way when he was arrested for making a joke about having a bomb in his checked-in baggage.

The passenger made the explosive joke to an airline staff when asked about the contents of his luggage when checking in for a flight to Kuala Lumpur.

ACP Awang Din Awang Gani, Kuching District Police Chief told The Sun Daily that the arrest should serve as a warning as it is against the law to make bomb jokes at an airport.

The 28-year old passenger is currently under arrest as the case is being investigated under Section 506 of the Penal Code for criminal intimidation and Section 10 (3) of the Civil Aviation Offences Act 1984.

We doubt heâ€™s having a blast right now.