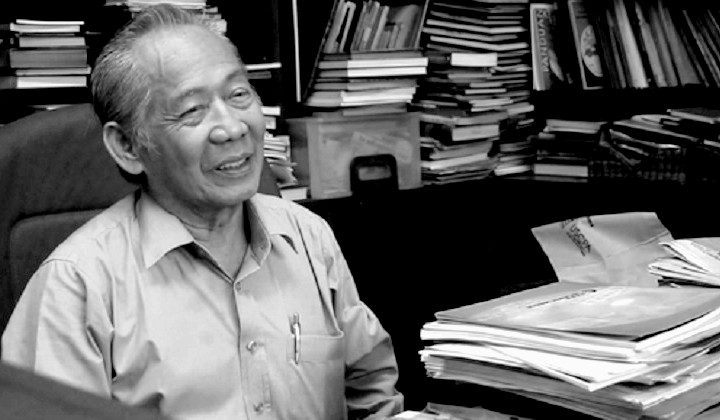 Malaysians are disheartened by the loss of national historian and
prominent academic Professor Emeritus Tan Sri
Khoo Kay Kim who died today at the age of 82.

While reports by the MalayMail stated that his passing was due to heart complications, The Star reports that Khoo had died of lung failure on early Tuesday morning at the University Malaya Medical Centre, Kuala Lumpur.

A graduate of Universiti Malaya, the well known author and scholar remained an esteemed figure in academia for over 50 years, well throughout his retirement.

“Education is not based on theories. It must be learnt by going out of the classroom.

“It is not about passing exam, but it goes beyond that,” he was once quoted as saying by The Star.

Khoo will forever be memorialized as one of the instrumental names in the drafting and creation of the Rukun Negara â€“ Malaysiaâ€™s declaration of national philosophy â€“ following racial riots in the 70â€™s.

Malaysians across cyberspace can been seen expressing their condolences and grief at the lost of a national icon.

Prof. Khoo Kay Kim was one of our most balanced and serious historian we ever had.

We lost a great Malaysian. Peace 🙁

My deepest condolence to family members of the late Prof Khoo Kay Kim.A great loss to Malaysian history and nation. He was brave and honest .He wanted the true Malaysian spirit to rise for a better Malaysia.I will truly miss your love for the Truth Sir. Tq Prof😢@WanEmirAstar pic.twitter.com/KljqBhJ3e5

Figures in the national social-political scene were also seen paying their respects to the late philosopher through social media.

His passing is indeed a loss to us. A great historian and a true Malaysian. pic.twitter.com/3ueTWEvkWD