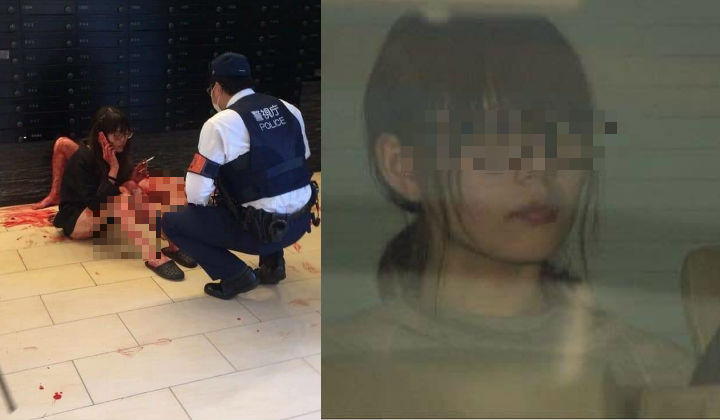 On 23 May 2019, a 21-year-old Japanese woman was arrested in Tokyo for attempted murder of a male acquaintance. They were not known to be involved romantically.

The Japanese woman, Yuka Takaoka, called the police after the stabbing. She was later photographed sitting and smoking on the bloodied floor next to the man.

She was seen smiling while being taken away by the police. She was quoted saying “Since I loved him so much, I just couldn’t help it.”

Netizens have instantly linked her behavior to a common anime trope called ‘yandere’, where they take love and obsession to the extremes, often resulting in violence and death.

Many were quick to point out that such behavior is completely immoral and wrong, regardless of the portrayal in popular media.

people making an aesthetic out of the yandere japanese girl are disgusting. yall wont be going uwu if u’re the ones getting chased by a person wanting to stab you to death as a symbol of their love. a person almost died n yall out here making wallpapers of the killer and shit UGH

Look guys. Keep your Yandere GF fetish or love to the 2/2.5D world, behind a screen where the person will not be able to physically hurt a person. Stop saying shit like Yandere IRL is cool or telling her its ok to stab you coz shes Yandere. It’s not funny.

Distressingly, there are also people who are fantasizing about this behavior.

This isn’t the first time that criminals have been romanticized for being good-looking.

In 2017, felon Jeremy Meeks shot to internet fame when his mugshot was released. Dubbed the ‘hot felon’, he walked the runway at the Men’s Fashion Week in Milan the moment he was released from jail.

Ps. Even if you are very good-looking, please don’t commit crimes and expect internet fame!