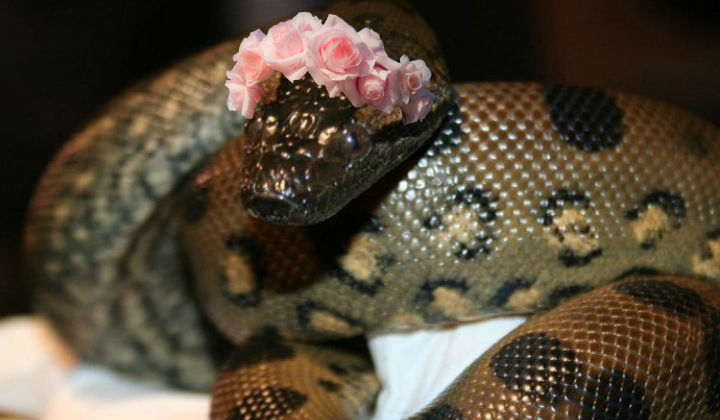 The New England Aquarium was in for a miracle when a female anaconda gave birth to a new litter but Anna the anaconda has had no male anaconda contact in her life.

Suspicious if the male anacondas had sneaked into the separate female anaconda enclosure, the biologists did a genetic test on the new born baby snakes.

What they found was that the two baby snakes were a genetic copy of Anna, the female anaconda.

They had been born through parthenogenesis, which is Greek for ‘virgin birth’, a form of self-impregnation for female organisms.

Anna the anaconda is the second known green anaconda to give birth through parthenogenesis, with Thelma of the Louisville Zoo in Kentucky being the first.

Virgin births do not only occur in stressful environments, or when mating is unlikely.

Wild viper snakes have been observed to produce offspring via parthenogenesis, even when there are plenty of male viper snakes around.

While parthenogenesis is more common in insects and plants, it is not unusual for reptiles to undergo the virgin birth as well.

Who knows, there may be a day when women won’t need men to get pregnant.

[Watch] Snake Found In A Car In Nilai Admired For Its Beautiful Skin, Netizens Jokingly Asked For Skincare Tips

[Updated] Snake On A Plane: AirAsia Flight From KL To Tawau Diverted To Kuching