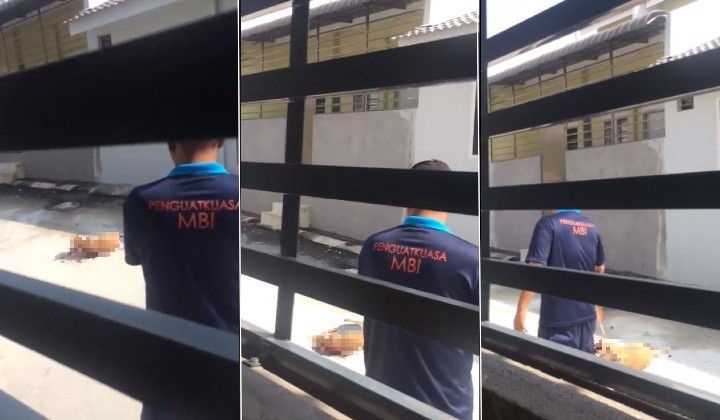 Earlier today, Ipoh City Council (MBI) released a Facebook post defending the actions of their officials who shot a dog in broad daylight.

They said enforcement officers had shot the dog on May 22 to resolve complaints that a dog had attacked a goat and a senior army officer.

A video of the shooting incident went viral with over 3,000 shares.

In the short 1:42 minute video, you could also hear 2 women begging the two officers to stop their actions but the officials in red t-shirts were deaf to their pleas.

The shooting was criticised especially by representatives of animal rights bodies such as the Trap-Neuter-Return-Manage (TNRM) and Malaysian Animal Welfare Association as reported by the Star.

They deem that such methods in controlling dog populations are ineffective and proposed other ways of tackling the issue of stray dogs.

Among other methods that were proposed were the neutering of street dogs and monitoring their whereabouts.

As they highlighted the Animal Welfare Act 2015 that provisions against animal cruelty and excluded the liability of anyone, public or private to openly be cruel towards street dogs.

Netizens of course were appalled and severely angered as seen on the Facebook comments from the video.

We hope justice will arise and mercy will prevail.