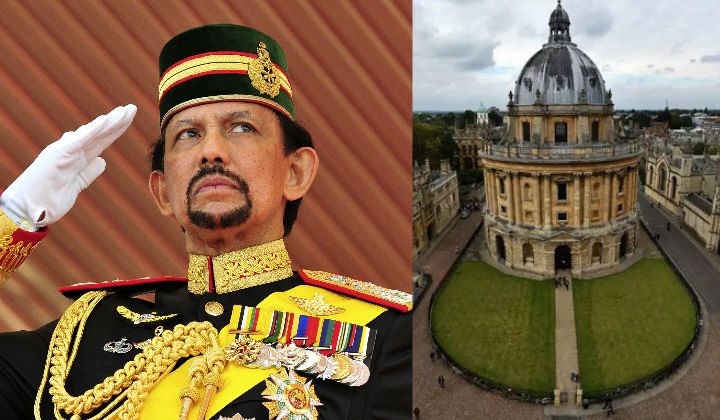 Sultan Hassanal Bolkiah has returned an honorary law degree to Oxford University over the global backlash from his implementation of anti-LGBT laws.

The Sultan of Brunei’s controversial decision to condemn premarital and gay sex to death of stoning had high-profile actors calling for boycotts of his businesses, including George Clooney.

Even Malaysia has been called out by association, even though Deputy Foreign Minister Datuk Marzuki Yahya has stated that Malaysia does not support the death penalty for homosexual acts.

Dont Do That Avengers GIF from Dontdothat GIFs

Oxford University had received a petition in April, signed by over 120,000 people, to rescind the honorary law degree that was awarded in 1993.

While reviewing its award decision, it wrote to notify Sultan Hassanal Bolkiah and requested his views. Earlier this month, the Sultan had replied with his decision to return the degree.

Even though Brunei claims that the death penalty was designed more as a “prevention than to punish”, many have been extremely vocal in their disagreement of the law.

The Sultan has since dropped the severe death penalty, but still stands firm on the stricter adoptions of the Sharia law.