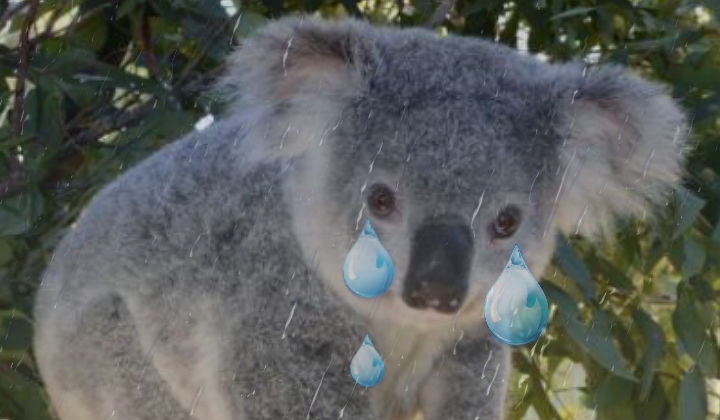 According to the Australian Koala Foundation, there are less than 80,000 koalas left and the species are considered functionally extinct.

This means that the koala population has declined so far that it no longer makes an significant impact on its ecosystem.

Once koala populations reach a critical point, the species will no longer be able to produce the next generation to ensure their continued survival.

Do you realize what that means? In the near future, we may need to live in a world without koalas.

While koalas do have natural predators, the main threat against the koala population is, tragically, human development.

The biggest threat to their survival is loss of habitat. Bulldozing eucalyptus forests to make way for human expansion means we are removing their homes and source of food.

Secondly, once humans have expanded into koala territory, the poor critters often fall victim to cars while crossing highways. Humans also bring along their pet dogs that love hunting koalas.

Thirdly, bushfires are also a big threat because entire colonies can be wiped out in just one fire. Now with climate change, Australian bushfires are becoming more frequent and intense.

Australian koalas aren’t the only ones threatened by human development. Closer to home, Malaysia has a growing list of endangered animals, including the adorable black shrew.