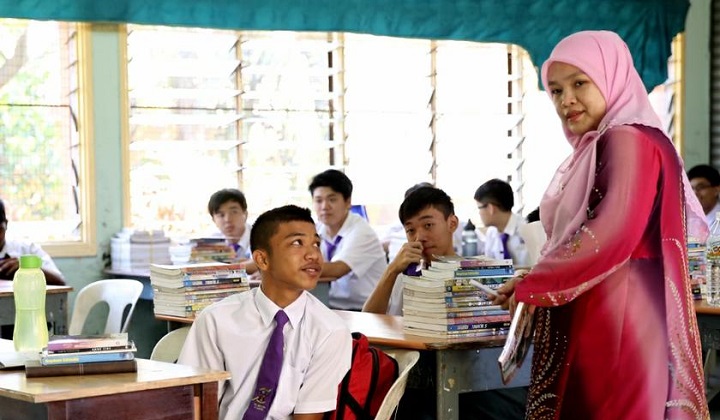 It’s Teacher’s Day, and do you know what country is the most respectful of teachers?!

Even though New Zealand and Canada aren’t in Asia and Turkey’s kinda half-in, half-out, this showed that a lot of Asian countries respect their teachers more than European countries.

Where did you learn that?

This is according to the Global Teacher Status Index 2018 (GTSI2018), a study conducted by UK institutions; the University of Sussex, the National Institute of Economic and Social Research, and the Varkey Foundation.

They found that countries that scored high in the Program for International Student Assessment (PISA) were also higher in the GTSI2018 rankings.

“This index finally gives academic proof to something that weâ€™ve always instinctively known: the link between the status of teachers in society and the performance of children in school.”

“Now we can say beyond doubt that respecting teachers isnâ€™t only an important moral duty â€“ itâ€™s essential for a countryâ€™s educational outcomes.”

However, they also did not find any association between the GTSI2018 rankings and teacher’s wages. In other words, respect for teachers does not drive higher pay for those teachers.

But what the study did reaffirms their previous findings that there is a relationship between teacher pay and PISA pupil performance.

“This substantive result, which we have reported before in 2013, is now recognised as robust and of considerable policy relevance.”

“It suggests that there is a clear relationship between the relative quality of teachers a system recruits when the wages on offer to them is higher.”