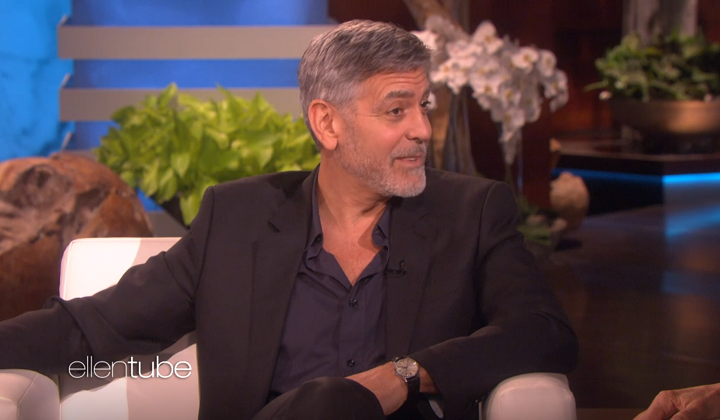 On his victory lap after his boycott of the Sultan of Brunei achieved some success, Hollywood actor George Clooney fired a shot at Malaysia and Indonesia.

Clooney has called for a boycott of business owned by Sultan Hassanal Bolkiah since Brunei announced a law where homosexual acts and adultery were punishable by death.

After Brunei instituted a moratorium on that law, Clooney went on US talk show Ellen and spoke to Ellen DeGeneres about the issue.

“It’s not fixed yet. There’s still a lot to be done. But it’s a huge step forward after that giant leap backwards.

“And more important is, the reason for this is, this is something that is manageable. Right?

“Because it sends a warning shot over to countries like Indonesia and Malaysia who are also considering these laws,” said Clooney.

The Sultan of Brunei passed a law that made being gay punishable by death. George Clooney spoke up. I couldnâ€™t be more grateful. pic.twitter.com/TYZNdrHMN8

But Clooney’s comments have received criticism here, even from LGBT-rights activists.

Pelangi Campaign group president Numan Afifi told the Thomson Reuters Foundation that the actor ‘should listen and work together with local activists and human rights defenders on the ground’.

Numan also said that while Clooney meant well, his statement might also be counterproductive to their case.

Clooney’s statement did also elicit a response from Deputy Foreign Minister Datuk Marzuki Yahya who firmly pointed out that Malaysia does not support the death penalty for homosexual acts.

However, Marzuki said, that as a sovereign Islamic nation, Malaysia will not move on the LGBT issue.

“I think he (Clooney) had better watch what he says,” added Marzuki, as reported by the New Straits Times.

You can see the full interview between Clooney and DeGeneres below.