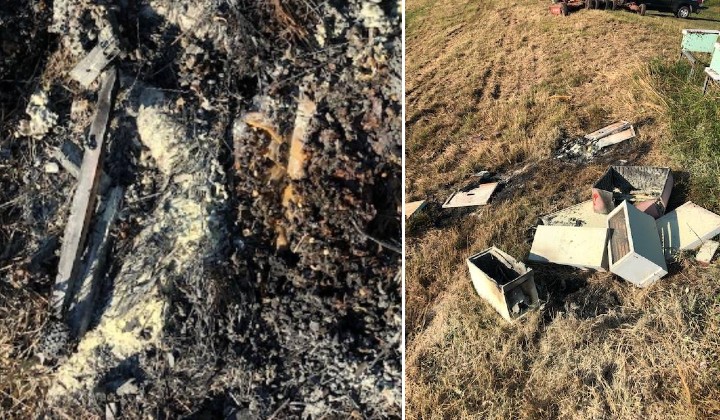 Police in Alvin City (Texas, United States) are looking for a bee killer who set dozens of hives on fire over the weekend.

Some of the hives had also been dumped into a nearby retention pond.

The carnage resulted in over half-a-million bees killed in Brazoria County.

Bees in general pollinate 70% of the crop species that feed 90% of the world while honey bees are responsible for USD30 billion a year in crops.

In a world without bees, supermarkets would have half the amount of fruit and vegetables and the number of bees is already decreasing at an alarming rate.

The case in Alvin is apparently being investigated under Arson and Criminal Mischief.

The Brazoria County Beekeepers Association owned some of the hives at the location of the incident.

They are also seeking donations to help their members recover from the losses.