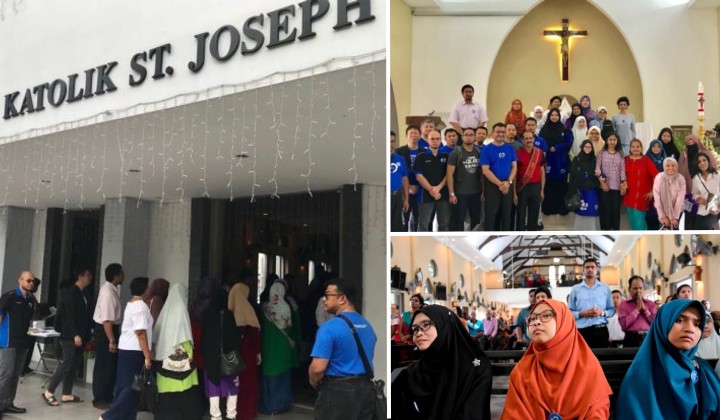 A group of 25 Muslims from the Global UNITY Network (UNITY) in Kuala Lumpur decided to show their support for victims of the recent Easter Sunday bombings in Sri Lanka.

The Star reports that they went to the Sri Maha Kaliamman Temple in Kampung Kasipillay, then to St Josephâ€™s Church, and the Sri Jayanti Buddhist Temple, both in Sentul.

Their actions echo non-Muslims in New Zealand who, a week after mosques in Christchurch were attacked in March, visited and guarded Muslims there as they prayed.

In referring to that incident, Shah Kirit, who studied under controversial Muslim preacher Zakir Naik, was quoted as saying that Muslims must be fair to everyone and also show concern even if one non-Muslim is killed.

The general consensus online has been that the visits were a positive move with many saying it reminded them of Malaysia in an earlier time.