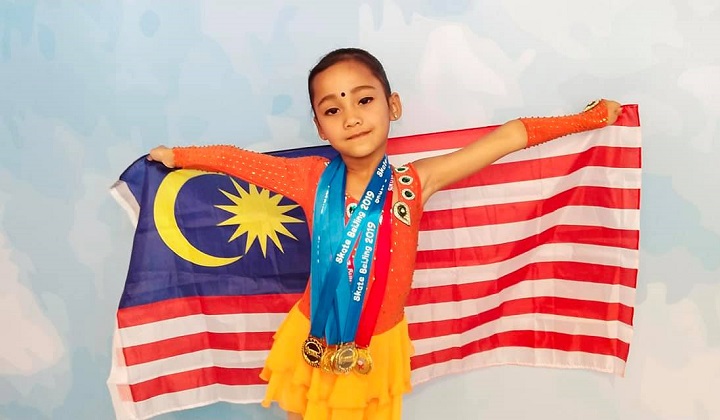 Over the weekend, at the recent 14th Ice Skating Institute (ISI) Asia Skate Beijing 2019 in China, she won 5 gold medals and 1 silver medal.

Bernama reports that 483 skaters, representing 20 clubs from eight countries, participated in the tournament.

The same year, she won 4 gold, 1 silver and 1 bronze at the Skate Asia Bangkok. That was despite sustaining a fall and injury.

So… Yeah. That’s impressive and we’re simultaneously very proud of her and wondering what we’ve been doing our entire lives.