The boy was accidentally locked up in the container and travelled for 6 days from Bangladesh to Malaysia. 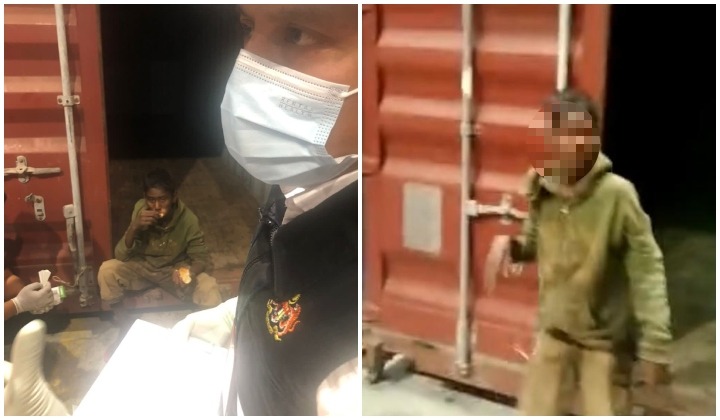 Recently, Malaysians were shocked by the news of a foreign boy found in a container ship in West Port Klang, Selangor.

According to Klang Selatan district police chief ACP Cha Hoong Fong, the child, known as Fahim, is believed to be from Chittagong, Bangladesh and was found in a weak state by a worker at the dock around 7.30 pm last Tuesday (17 January).

The young boy was found by the worker after he heard a knocking sound inside the empty container. Due to the sound of knocking, the six containers that arrived at the port were brought down and inspected one by one by government agencies including the Marine Police Force, the Malaysian Immigration Department (Immigration) and the Klang District Health Department.

The ship, MV Integra, sailed from Chittagong on 12 January and arrived at West Port last Tuesday.

The boy said that he was playing around with his friends in the container back in Chittagong when he fell asleep and found himself locked inside.

The case had been referred to the Immigration Department and the boy, who had a fever was taken to the Tengku Ampuan Rahimah Hospital for treatment.

Earlier today, Home Minister Datuk Seri Saifuddin Nasution said that there were no elements of human trafficking in the case.

“He was the only boy found inside the container. We are not linking this to human trafficking because the initial investigation found that he entered the container, fell asleep and (was transported to) Malaysia,” he said, as reported by The Star.

They are currently in the process of repatriating the boy back to Bangladesh in the same cargo ship.