After talks with toll concession companies, toll charges will be lifted for two days in conjunction with Chinese New Year celebrations. 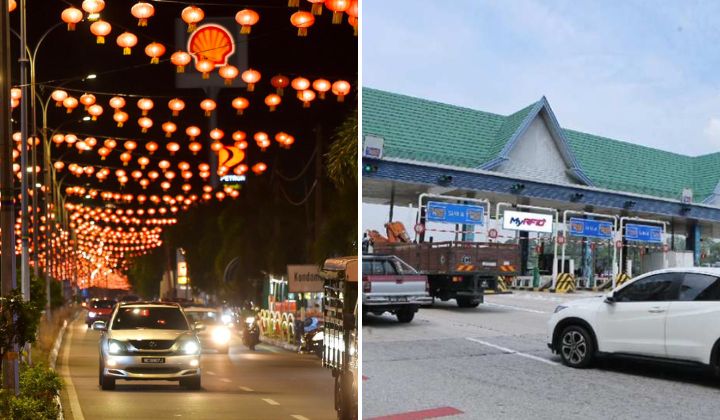 Transport Minister Anthony Loke held discussions with toll concession companies and they have agreed to lift the toll charges on those two days, Anwar said at a press conference after the Cabinet meeting today.

Anwar advised all Malaysians to be careful on the road and to abide by road safety rules while travelling during the festive week, in reference to the number of road casualties lately.

To further ensure road safety during the CNY week, Loke previously said that 2,000 Road Transport Department (JPJ) officers will be deployed to conduct strict enforcement in order to reduce road crashes and deaths.

During this operation, JPJ officers could even ride express buses while disguised as passengers.

Vehicles transporting goods are banned from going on roads two days before Chinese New Year (20 and 21 January) and two days after (24 and 25 January) to reduce traffic congestion.

He also announced that seven traffic offences will be non-compoundable throughout the festive season. Those caught flouting road safety rules will be referred to the courts instead of being offered a fine.

The seven major traffic offences are: