The headmaster withdrew the money from a bank in Semenyih but it was all stolen when he stopped to buy a drink nearby. 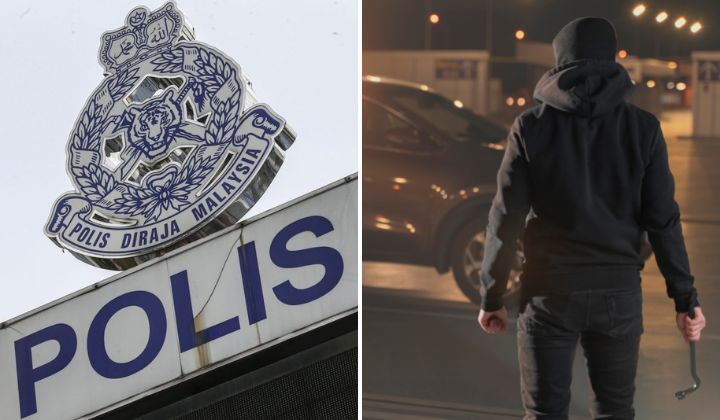 A school’s Bantuan Awal Persekolahan (BAP) fund went missing after it was allegedly stolen from a school headmaster’s car.

According to Buletin TV3, the school headmaster withdrew more than RM100,000 from a bank in Kampung Baru Semenyih around 10am to be distributed to students the next day.

However, he hid the bag of money under the side passenger seat in the car when he stopped to buy a drink from a shop that’s about 30 metres from the bank.

When he returned to his car, he found the side passenger seat window was broken and the bag of money missing.

The headmaster lodged a police report around 12.17pm.

Kajang police chief Mohd Zaid Hassan said the case will be investigated under Section 379 of the Penal Code and the police are currently trying to track the thief via CCTV recording.

They’re not ruling out negligence and the involvement of “insiders” in the case.

Mohd Zaid also expressed disappointment that the headmaster did not request for security escort when he withdrew the money from the bank, Sinar Harian reported.

He said the police have always provided security services for more than 100 schools in Kajang whenever they needed to withdraw cash from the bank.

When we questioned the headmaster, he said he had never requested for any police escort in his 10 years of service at the school. He also said this was the first time he had experienced an incident (robbery) like this. We recommend that schools always get the police to escort them from the bank to a safe place.

Anyone with information is urged to contact the police.