Persatuan Haiwan Terbiar Malaysia (SAFM) awarded the six rescue dogs and their handlers to offer their thanks for their heroic deeds in the Batang Kali landslide aftermath. 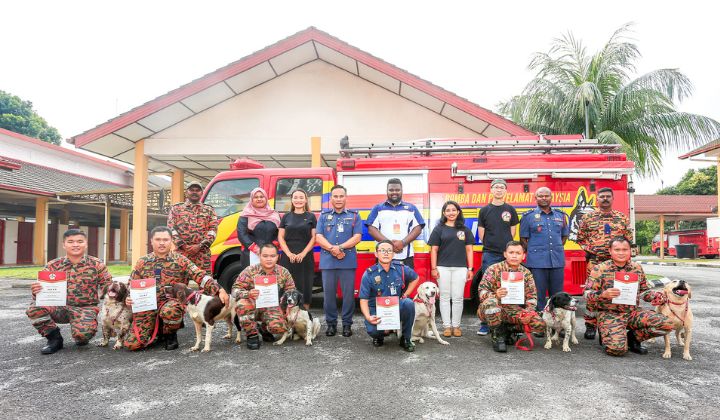 SAFM President Kalaivanan Ravichandran said the group was given permission by senior superintendent Donny Chap to offer their thanks for the heroic deeds of the Batang Kali landslide search and rescue operation in December.

The six dogs – Blake, Grouse, Denti, Lady, Pop, and Frankie – were awarded the “Hero Malaysia” medals of appreciation, while their handlers were awarded certificates.

He hopes that SAFM will continue to grow in helping to protect animal welfare in Malaysia on par with international standards.

The Batang Kali landslide on 16 December claimed 31 lives out of 92 victims. The search and rescue teams worked tirelessly for more than five days to search for bodies.

One of the search dogs, Blake, also passed out after two days of consecutive searches due to fatigue.

For their dedication and hard work, the dogs and their handlers along with the rest of the search teams deserve all credit and acknowledgement.