Michelle Yeoh also won the Golden Globe for her role in Everything Everywhere All at Once. 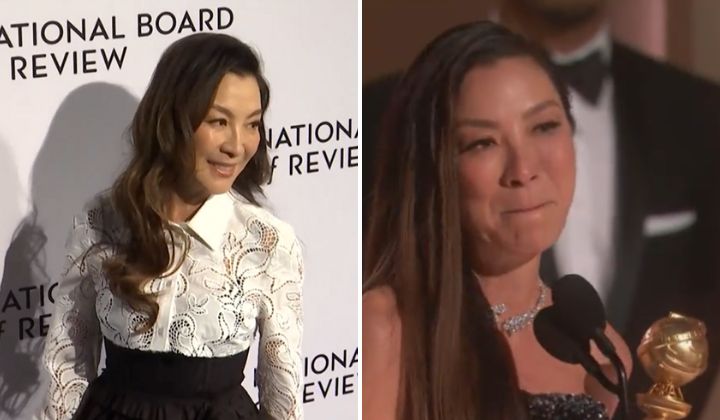 Malaysian actress Tan Sri Michelle Yeoh has become the first Asian actress to win the National Board of Review Awards at the gala held in New York City on Sunday.

She won the Best Actress Award for her role in A24’s indie blockbuster Everything Everywhere All at Once, also known by the initials EEAO.

In EEAO, Yeoh plays an overwhelmed immigrant mother who goes on a multiverse adventure to save the world.

Michelle Yeoh becomes the first Asian actress to win top honors at the National Board of Review Awards pic.twitter.com/d6PaDtJPr3

During the acceptance speech, Yeoh said it felt like she entered her own metaverse.

Yeoh said she was incredibly proud to be the first Asian actress in 45 years of the National Board of Review Awards to receive this honour.

I hope it means that Hollywood and the filmmaking community recognise what a watershed film this is and all the things I’ve stood for and tried to accomplish in my four-decade career.”

In addition to this award, Yeoh won the Golden Globe for best actress in a musical or comedy film for the same film.

Michelle Yeoh accepting her award for Best Actress in a Motion Picture: Comedy at the #GoldenGlobes pic.twitter.com/J4w3lS9FCQ

Previously in an interview with CBS Sunday Morning, she spoke of how joyful it was to receive validation from filmmakers Daniel Kwan and Daniel Scheinert by giving her an opportunity to show what she has been capable of as an actress all along.

When she first finished reading the script, she thought, “This is something I’ve been waiting for… for a long time.”

They [the Daniels] thought, ‘She could do this. If anybody can, in our industry, who can fight, who can be funny, who can be dramatic and sincere and all those kinds of things, we believe Michelle will be able to do it.

Yeoh has also spoken about the lack of opportunity for Asian actors in the industry due to ageism and race.

She also pointed out how the older she gets, the more she’s seen by her age rather than what she’s capable of.

She gave an example of how older male actors still get a role in stories where they get to go on adventure roles with their fictional younger daughters.

Yeoh shared that while she had a spectacular career, she doesn’t want it to slow down or end after reaching a certain age.