The accused pleaded not guilty to the charge of raping a 16-year-old girl. 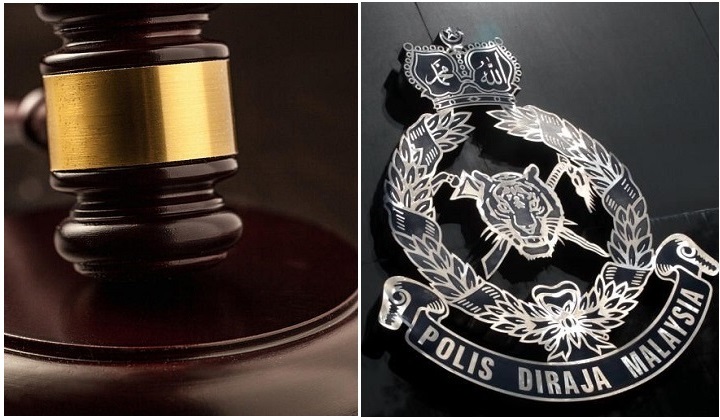 A police inspector named Mohd Maliki Azmi, 34 was charged in the Sessions Court here today with raping an underage girl at a police station last month.

The accused pleaded not guilty to the charge, which was read out before Judge Roslan Hamid.

Mohd Maliki was the investigating officer (IO) of a rape case involving a 16-year-old girl who was believed to have been raped by her stepfather.

He then allegedly raped the same girl by using his position of authority over her in the IO’s room at the Yan district police headquarters (IPD), Kedah about 6.30 pm on 28 December 2022.

According to Bernama, he was charged under Section 376(2)(f) of the Penal Code, which provides for a jail term of up to 20 years and whipping, upon conviction.

Besides that, the accused was also charged with three sexual assault charges against the teenage girl at the same place, time and date.

For the first charge, he is accused of committing sexual assault by touching the victim’s genitals for sexual purposes.

As for the second charge, the accused is accused of forcing the victim to insert an object into her private parts.

For the third charge, the accused allegedly caused the victim to take off her clothes and show her body so that the accused could be seen with sexual intent.

He could be jailed for 20 years if found guilty

Mohd Maliki could face up to 20 years in prison and whipping if he is found guilty.

The prosecution urged the court to set bail at RM20,000 for the rape charge and RM20,000 for each sexual assault charge.

Mohd Maliki pleaded for a lower bail amount as he recently lost his source of income due to the case and has a wife and parents to support, apart from having huge debt.

The accused was also ordered to hand over his passport to the court and is prohibited from disturbing the victim.

Judge Roslan Hamid also fixed February 6 as the date for re-mentioning the case.