Though there is a clear indication that a recession is due, Asia is expected to stand strong amidst a gloomy outlook. 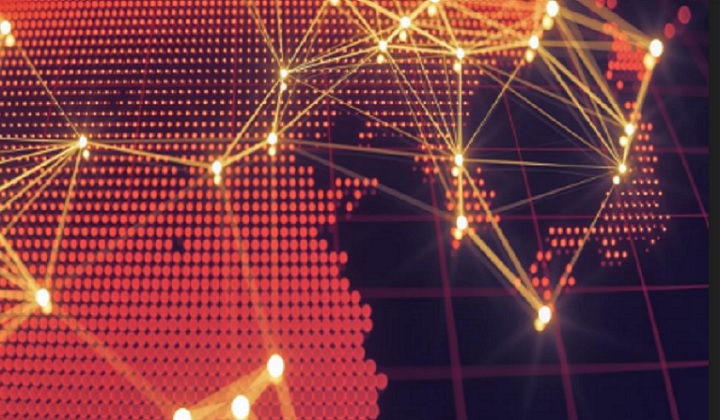 Experts and analysts have warned of an impending recession come 2023. Inflation is affecting many on a global scale due to various socio-economic factors, particularly the Russia-Ukraine conflict and supply chain disruptions. The rise in commodity prices and freight rates have since been corrected, south-bent due to a sharp decline in consumer demand.

Though there is a clear indication that a recession is due, Asia is expected to stand strong amidst a gloomy outlook.

Supply chain hurdles caused by the pandemic and political conflicts have caused a drastic increase in freight rates and commodity prices. However, these prices have since dropped significantly following a massive decline in consumer demand.

Nevertheless, inflation is only set to drop back slowly as prices are still relatively higher than in past years. Given the economic landscape, monetary policy reversal is not expected to make a fast return any time before 2024, as central banks try to avoid fuelling inflation and compromise to anchor expectations in the long term.

At the global level, the economy is expected to face a decline for the first two quarters in the coming year. However, this comes with a silver lining as the recession is estimated to be milder for almost every economy as compared to past recessions in history.

Despite a potential turn for the better in the second half of the year, Asia’s export-oriented manufacturing is expected to take a full hit in 2023. Korea and Taiwan will be expecting to see a steep 40% drop in their merchandise export growth values with ASEAN countries faring slightly better at a drop of 20%.

Emerging economies in Asia outperform in manufacturing production, while Singapore faces a dip

Advanced economies (e.g., Singapore, Korea, New Zealand, Australia and Taiwan) are facing a dip in manufacturing production whilst emerging economies (e.g., China, Indonesia and Thailand) are outperforming in comparison. This is partly due to the delayed opening of these borders which contributed to an increase in domestic orders, leading to above-average performance. However, this is unlikely to sustain given the implementation of loosened restrictions and reopening of borders. In general, the dip of manufacturing production in advanced economies will ultimately hinder Asia’s production growth.

Tourism recovery in Asia continues but at a slower pace

One of the key pillars of growth, tourism, has been expected to make a comeback from the world’s transition into an endemic. From 2019, Asia Pacific has witnessed a sharp decline in the number of international arrivals but has since been on the journey of recovery, with just slightly under 20% decline predicted for 2024 in comparison to 2019’s arrivals before the pandemic happened. However, the growth in tourism is expected to face slack in 2023 unlike the vast improvements seen in 2021 and 2022 when the borders first reopened.

China’s plus one strategy, which involves the diversification of business investment and supply chain ecosystems, have proved vital to the growth of ASEAN’s economy. Placed favourably in the ecosystem diversification, Malaysia for instance, is well-placed to pick up mid to high-value supply chain systems with Indonesia looking to catch on aggressively. In addition, countries like Vietnam remain a paramount source of labour-intensive manufacturing and production. As such, ASEAN is expected to still see promising growth in years to come.

“The global economy is facing new headwinds, partly due to Russia’s invasion of Ukraine, but also to changes in the wider economic, social, and political landscape. Just as economic activity was picking up with many businesses adjusting to new ways of working and benefitting from pent-up customer demand, we now see that spiralling energy costs and input costs, high inflation and weak consumer confidence are predicted to lead to a global recession. Our institute and members will be at the forefront as we help businesses and economies through these difficult times, much like how we did during the COVID pandemic,” said Julia Penny, President of ICAEW during her opening address.

Key findings from the economic forecast were presented by Priyanka Kishore, Head of India and South-East Asia Macro Services, Oxford Economics at the ICAEW Economic Insight Forum Q4 2022 on 1 December 2022.

The discussion also delved into the challenges faced when transiting to net zero, noting that many steps were needed to reach the net zero goal by 2050.

In addition, there were talks and questions raised on the potential incentives that businesses are looking from the governments, suggesting that these could influence their journeys in green transitioning.

Other findings from the Economic Insight Forum Q4 include:

In 2022 domestic demand is projected to contribute the highest percentage to GDP in Malaysia over the last two decades. However, just as economic activity is picking up with businesses adjusting to new ways of working and benefitting from pent-up customer demand, we now see spiralling energy and input costs, high inflation and weak consumer confidence leading to a global recession.

International travel to South East Asia is also expected to see less of a recovery in 2023 compared to the South Asia and Oceania regions. Due to Malaysia’s GDP being relatively less dependent on net trade and tourism compared to other emerging economies in ASEAN, it is projected to also be less impacted by exogenous factors and the global recession being forecast next year.

Nonetheless, Malaysia’s has one of the highest gross government debt to GDP ratios in the region. Given that the budget deficit is not projected to drop by much, there is limited fiscal space for policy offsets and GDP growth in Malaysia is projected to shrink from 9.2% in 2022 to 2.7% in 2023.

Easing of China lockdowns will provide a modest boost

Though we have seen the unpredictability of lockdowns and extreme measures to curb infection rates in China, China is still expected to provide some boost to the region’s economy after witnessing a steady increase in Personal Consumption Expenditure (PCE) since the peak of the pandemic.

A significant growth slowdown is in the offing for 2023

Across all Asian countries, the growth in GDP has significantly slowed down.

Among these countries, Singapore stood out with the slowest projected growth of 0.7%. In addition, Singapore is the only country to witness a declining growth trend for the past three years since 2021.