One train has not moved for 20 minutes near Dang Wangi. 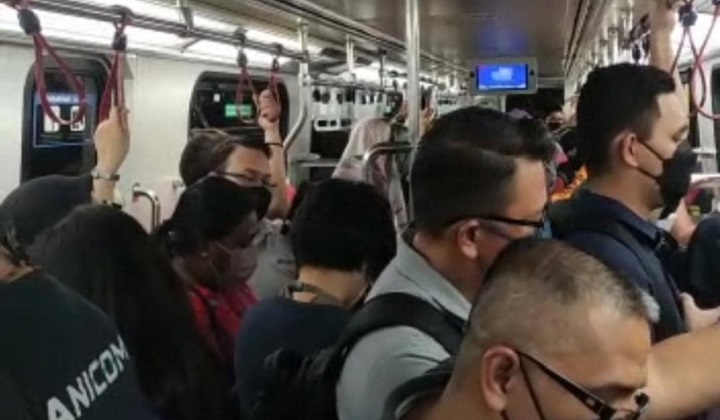 There appears to be another technical issue involving the LRT service of the Kelana Jaya line as commuters are complaining of being stuck in an unmoving train.

According to a commuter who is on board one of the trains at the moment, the announcement made was that there is a technical issue between the Ampang Park and Dato Keramat stations.

The commuter who spoke to The Rakyat Post said the train has not moved for 20 minutes near Dang Wangi.

[UPDATE] The commuter had boarded the train in KL Sentral and was headed for Setiawangsa. The train finally moved and the journey of 10 stations ended up taking an hour.

Other commuters have been bombarding the @AskRapidKL Twitter page, complaining of the same issue but no official statement has been issued at the time of writing.

However @AskRapidKL replied to several Twitter users that the “service is back to normal now”.

“Hai, the service is normal now. The train frequency is being regulated,” Rapid KL said.