Beauty queen and lawyer Olivia Nicholas from Ipoh unveiled the unique dress that she will wear to the pageant in Las Vegas this month. 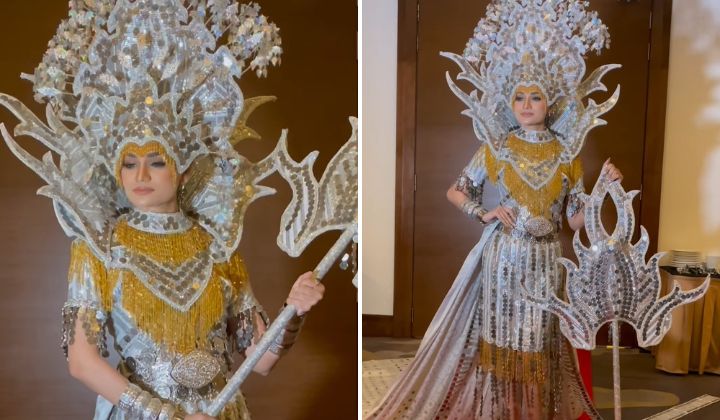 Beauty queen Olivia Nicholas from Ipoh will be representing Malaysia in Mrs World 2022 in Las Vegas in her record-breaking dress later this month.

The 30-year-old lawyer made a mark in the Malaysia Book of Records with a national costume covered in 10,000 five-cent coins.

The one-of-a-kind dress that was unveiled last night was created by Sarawakian designer Saran Anak Lagong.

The five-sen coins featured Sabah and Sarawak traditional elements such as the motif of the Destar Siga cloth, an indigenous type of woven fabric created by the Kadazandusun community in Sabah and worn as a headdress during traditional celebrations.

A post shared by House of Pageantry (HOPe) (@hype.pageantry)

Olivia created history in Malaysian pageantry as she appeared as the Destar Siga Queen at the unveiling event, which was also witnessed by representatives of the Malaysia Book of Records.

The national director of Mrs Malaysia World Sdn Bhd Harveen Kaur said Olivia will compete with representatives from over 60 countries for the coveted Mrs World 2022 crown in Las Vegas from 10 to 17 December.

Olivia’s husband, Dr Sandeep Menon, will be accompanying her to the pageant.

How much does the dress weigh?

The 5 sen coin, both the old and new issues, weighs 2g each.