While campaigning in Padang Serai, the Arau MP claimed that Perikatan Nasional (PN) is working to topple the current government and said the current Cabinet will not last long. 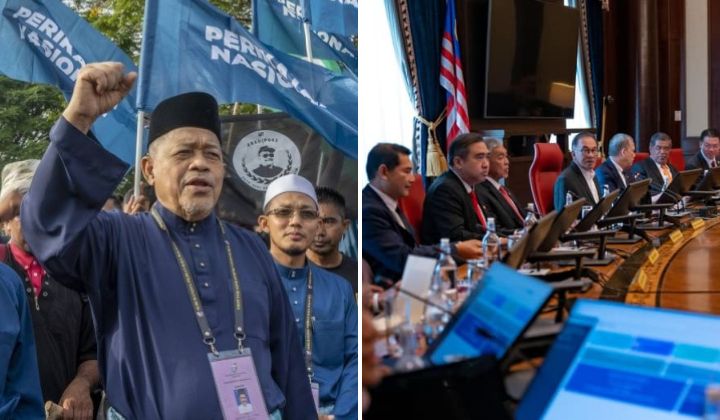 Shahidan, who was an UMNO man until just before the last general election (GE15) when he contested under PN, hinted that Anwar Ibrahim’s newly-formed Cabinet would not last long and shared that PN is receiving good support from the ground.

He said this in a press conference after campaigning for PN in Padang Serai on 4 December.

We’re currently working towards ensuring that the Cabinet will not last long. InshaAllah, we will return to power based on the people’s mandate. The party that won the majority are PN members from PAS.

In a report by Free Malaysia Today, Shahidan said the new Cabinet line-up saw “losers” getting appointed as ministers because Pakatan Harapan (PH) did not have industry experts.

He alleged that Anwar did not appoint many “powerful parliamentarians” from UMNO and DAP to helm important ministries because they lacked expertise.

Previously, PN chairman Muhyiddin Yassin criticised the appointment of kleptocrats into the Cabinet and said Anwar had sacrificed the principles of good governance he championed during the 15th general election (GE15).

In response, UMNO president Ahmad Zahid Hamidi said Muhyiddin and his allies should work on being formidable opposition instead of complaining.