The Youth and Sports Minister said her experience in drafting the Anti-Sexual Harassment Bill 2021 would help her to table the proposed Safe Sports Act. 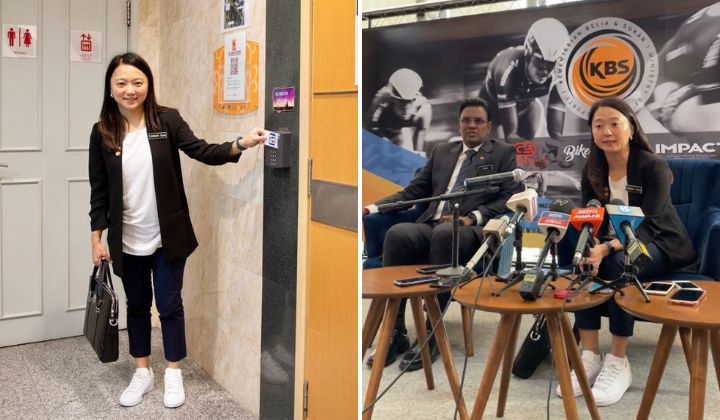 One of the many surprises in the Cabinet is the appointment of Hannah Yeoh as the new Youth and Sports Minister. The position was previously helmed by Syed Saddiq after the 14th general election (GE14).

During a press conference on her first day at work at Menara KBS today (6 December), Hannah said she hopes to meet the athletes soon to discuss their needs and welfare.

She also said she has no intention to disrupt the athletes’ preparations by making sudden changes or introducing new programmes.

Instead, she wants to hear from the athletes first and only then find a way to strengthen the existing programmes.

They can continue with their existing programmes. If we keep changing the direction, it will be difficult for them to follow.

Among the other things she has in mind is the need for transparency and accountability in spending so that everyone knows where the budget goes and what it’s spent on.

The other improvements include ensuring sports are accessible for everyone, providing a safe space for athletes, and collaborating with other ministries to solve issues involving youth, without marginalising those who are not academically inclined.

Hannah also said her prior experience in drafting the Anti-Sexual Harassment Bill 2021 (while she was the Deputy Women, Family and Community Development Minister) would help her in tabling the proposed Safe Sports Act.

Based on a report by The Vibes, the Anti-Sexual Harassment Bill 2021 that has been passed does not reach into the sporting fraternity.

The Safe Sports Act would make it easier and safer for victims in the sporting fraternity to report abuses and sexual harassment.

In addition, the Safe Sports Act would make it mandatory to list any complaints against coaches and administrators.

The Act was supposed to be tabled in December 2022 by former youth and sports minister Ahmad Faizal Azumu.

Ex-national gymnast and Safe Sports Malaysia (SSM) president Sarina Sundara Rajah hopes that the Act will not take a long time to be passed.

With the act, anyone who is a witness to sexual harassment will have an obligation to report it to the centre. There will also be protection for whistleblowers.