Economic Affairs Minister Rafizi Ramli maintains that the prime minister shouldn’t hold the post of finance minister, but the current situation calls for Anwar Ibrahim to be both. 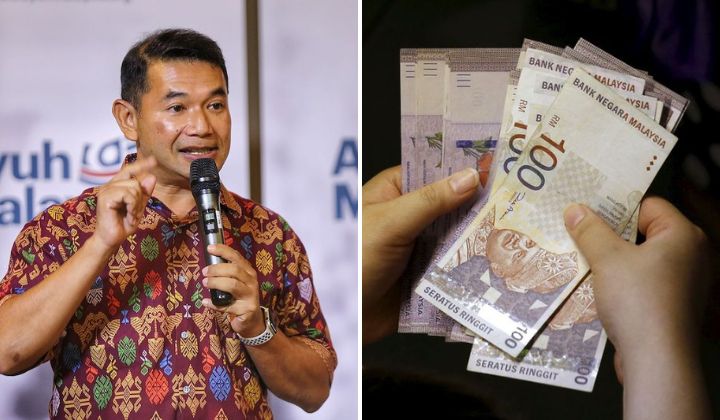 When Prime Minister Datuk Seri Anwar Ibrahim announced that he would also be the Finance Minister, this didn’t sit well with some Malaysians.

The apprehension is due to history, going back to the time when Datuk Seri Najib Razak also helmed the country’s finance portfolio while serving as the prime minister and it had disastrous consequences.

Back in 2015, Rafizi Ramli, who was the Pandan MP at the time, filed a private members bill to create a new law to prevent a prime minister from nominating himself as the finance minister.

Regarding the current situation, Rafizi maintains that the prime minister and finance minister shouldn’t be the same person in ideal conditions but it had to be done for now.

The current situation is pressing and we had to make that decision, but it does not mean this has to continue.

He said the current extraordinary circumstances, which were brought on when no single coalition had the majority to form the government, justified the decision to make Anwar the finance minister, The Star reported.

Rafizi said it was a difficult decision to be made but strong leadership is needed to help the country’s economy recover.

Since it was likely that every component of the unity government sought to hold the portfolio, putting it in the hands of the prime minister prevents further issues among the coalitions.

However, he hopes that it wouldn’t become the norm in the future.

For me, it is suitable for the Prime Minister to be the Finance Minister (in this context), so that there is no issue among the coalitions (in the unity government). But I hope as we move forward and put everything in place, this situation will be an exception, not the norm.

Anwar had previously held the post of finance minister in the 1990s under the Barisan Nasional (BN) government.