A few netizens explained that it’s part of the tradition to celebrate guests with dancing in Sarawak. 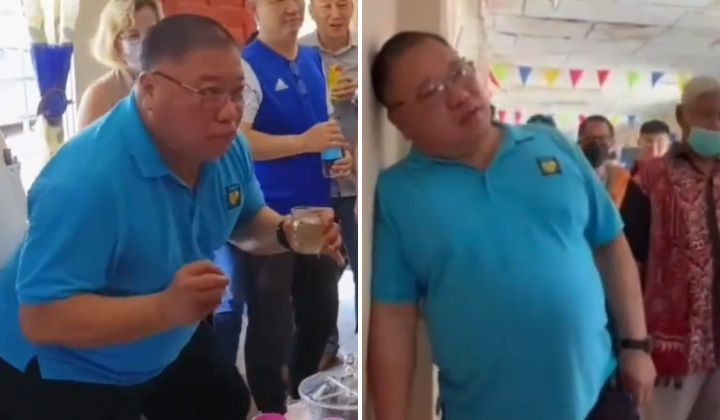 Not many Malaysians are happy with the new Cabinet line-up under the Unity Government, which was announced by Prime Minister Datuk Seri Anwar Ibrahim yesterday (2 December).

The trimmed Cabinet list still managed to include new ministries and new faces, and only time can tell if the decision is well thought out.

Despite the outcome, an old video went viral and managed to make some Malaysians online chuckle.

The video showed Datuk Seri Tiong King Sing, who was recently named the Tourism Minister, allegedly dancing and connecting with Sarawakian locals during a Gawai celebration.

At some point, Tiong looked like he had to take a breather after lots of dancing and making merry with the people.

The Bintulu MP is also the president of the Progressive Democratic Party (PDP) and Dudong assemblyman.

TOURISM IN MALAYSIA WILL BE LIT AS FUCK NEXT YEAR pic.twitter.com/d5oQ4LGlNy

Netizens jokingly said the humorous clip was proof enough that Tiong is the right person for the job as the Tourism Minister.

People online also thanked whoever resurfaced the video for brightening their day with a good laugh.

A netizen, believed to be a Sarawakian, shared that Tiong has always strongly fought for Sarawakians and respected their way of life. Netizens also said Tiong is the most helpful MP in Bintulu.

While partying may seem excessive to others, another netizen explained that it’s the Iban tradition to celebrate guests. Tiong surviving the celebration in a longhouse is considered a feat to some locals and he has garnered respect among them.

YB ni sepanjang PKP, is the one who stays with the rakyat, his people. One of the loudest YB in Sarawak fighting for the Sarawakian. From us the Sarawakian’s view, he is respecting our way of life here. We remember how he fights for the voiceless especially during Covid.

Whoever who had to walk through the longhouse during a celebration and survived standing…. i salute.