The fight started due to a misunderstanding after one of the boys allegedly threw money while buying a drink in the school canteen. 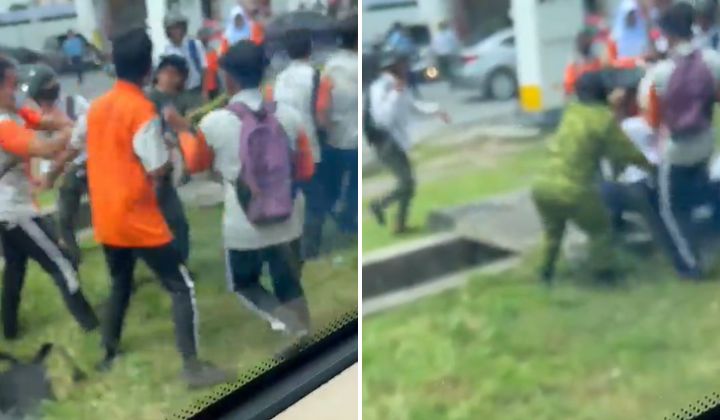 Four teenage boys had been arrested by the police last night for fighting. The boys traded punches in Kajang stemmed from a misunderstanding.

The boys, aged between 15 and 16 years old, were arrested around 8.50pm by the Kajang police.

Kajang police chief Mohd Zaid Hassan said one of the students lodged a report claiming he and his friend had been hit by a group of students around 12.30pm on the same day.

Last Wednesday (30 November), the suspect’s friend allegedly threw the money while paying for a drink in the school canteen during recess.

Somehow this triggered the other group, and a fight broke out after the suspect asked his other friends to help exact revenge on the victim. All the boys are from the same school.

The video of the fight went viral online, showing the boys kicking and hitting one another. A woman in a RELA uniform could be seen trying to break up the fight to no avail.

Two victims suffered light injuries on their faces and body in the aftermath.

The police are still tracking down a few other individuals to help with the investigation. The case is being investigated under Section 147 of the Penal Code, which carries a maximum two-year imprisonment, a fine, or both, upon conviction.

Anyone with information about the case should contact the police at the nearest police station or the lead investigator Inspector Suresh Krishnan at 017-4333795.