Harimau Shakti will increase the level of defence cooperation between the Indian Army and the Malaysian Army. 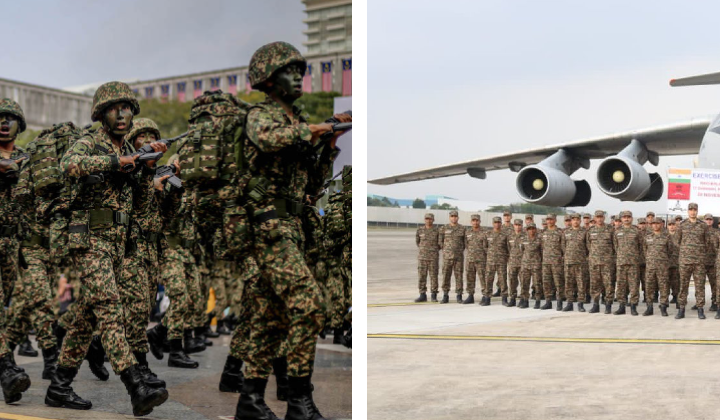 A joint military exercise involving troops from India and Malaysia began on Monday with the goal of improving interoperability in the planning and execution of various operations in jungle terrain, according to The Hindu.

The ‘Harimau Shakti-2022’ joint military exercise between India and Malaysia began in Pulai, Kluang, Malaysia, and will conclude on December 12.

Since 2012, the Indian Army and the Malaysian Armed Forces have participated in this annual training exercise.

According to the statement, the scope of this exercise includes battalion-level command planning and company-level field training on unconventional operations in jungle terrain.

As stated in the statement, in addition to logistics planning at the battalion level, the joint exercise schedule includes the establishment of a joint command post, joint surveillance centre, sharing expertise in the employment of aerial assets, technical demonstrations, casualty management, and casualty evacuation.

Harimau Shakti will increase the level of defence cooperation between the Indian Army and the Malaysian Armed Forces, which will in turn strengthen the bilateral ties between the two countries, the statement added.