News of BN and PAS members gathering at Tropicana Golf Resort raised worries about a plot similar to Sheraton Move. 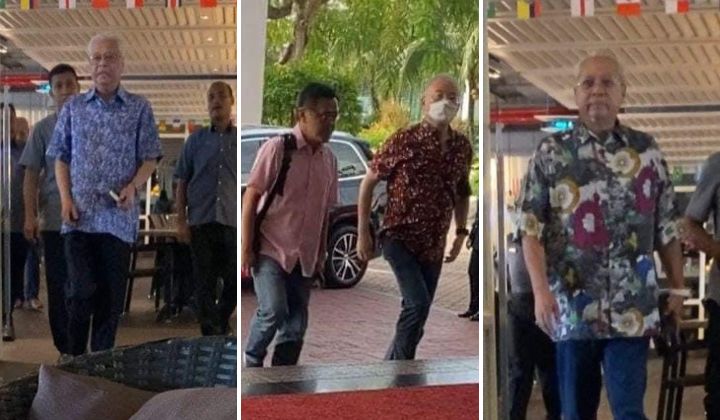 A day after Datuk Seri Anwar Ibrahim was sworn in as the 10th prime minister of Malaysia, several Barisan Nasional and PAS members were spotted gathering at the Tropicana Golf Resort in Petaling Jaya.

The gathering was allegedly held from 10.30am until 12pm and rumours quickly sprung that the group was plotting to defect ala the Sheraton Move.

As such, the recent gathering among BN and PAS members was dubbed the Tropicana Move.

According to Malaysiakini, 10 BN and PAS members allegedly attended the meeting.

According to Malay Mail, Ismail Sabri dismissed the allegations and said it was a meeting between friends.

He said it was a farewell gathering with former Prime Minister’s Office staff members and lamented that he couldn’t see his friends anymore without being accused of planning to topple the government.

Nowadays, I can’t even meet my friends. One becomes a traitor when he meets with PAS friends, but turns into a saviour when he meets [Pakatan Harapan] leaders. This is crazy.

He also called out his party members for dividing the party with slanders.

There were even rumours that former health minister Khairy Jamaluddin is plotting to take on Umno president Datuk Seri Ahmad Zahid Hamidi. Umno leaders slander each other and even divide the party, just because [some] want to support certain people to become the prime minister and form a government.

Former transport minister Wee also rubbished the allegations and said he was there to have dim sum brunch with two friends in a Chinese restaurant.

He claimed to have spotted Ismail Sabri’s bodyguard and went over to say hello. Wee also questioned how a meeting could have occurred when Ismail Sabri was there on his own.

He maintained that MCA accepted the decision made by the Yang di-Pertuan Agong to form a unity government and told everyone to move on.

Meanwhile, Annuar claimed he was there to play golf.