During his career, Anwar Ibrahim has faced many challenges and obstacles. 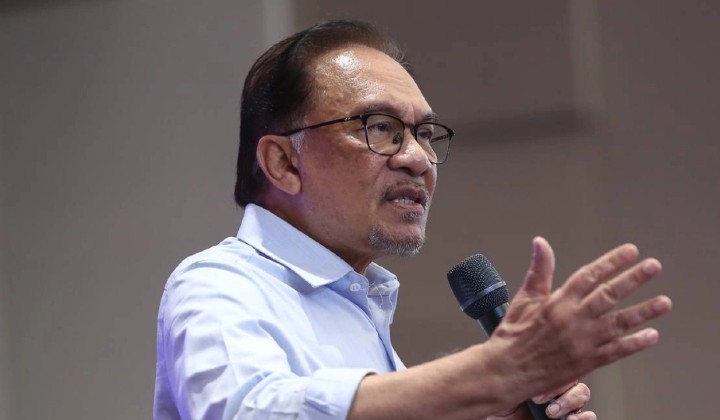 Datuk Seri Anwar Ibrahim is one of the most well-known political figures in South East Asia due to his turbulent career and his decades-long quest to become Malaysia’s prime minister.

During his career, he has faced many challenges and overcame many obstacles.

While waiting for the announcement on who will eventually be appointed Malaysia’s 10th Prime Minister, here are a few things that you might want to know about former Umno man and current Pakatan Harapan (PH) leader, Anwar.

How did his journey begin?

Anwar began his political career as one of the founders of the youth organisation Angkatan Belia Islam Malaysia (ABIM).

Anwar held a number of cabinet positions in the Barisan Nasional (BN) led government in the 1980s and 1990s after joining UMNO, the largest party in BN.

He played a key role in Malaysia’s response to the 1997 Asian financial crisis while serving as Deputy Prime Minister and Finance Minister in the 1990s.

After he became Deputy Prime Minister, his relationship with Mahathir grew very close. However, the bond started to unravel.

The beginning of PKR and Reformasi

After Anwar was removed from his position as deputy prime minister by Mahathir in 1998, his supporters established the Reformasi movement.

He then held several protests in Malaysia against the ruling BN coalition.

This movement gained momentum after US Vice President Al Gore spoke in support of Anwar’s reformation movement at the APEC summit in Kuala Lumpur in 1998.

Anwar was arrested and ultimately charged with sodomy and corruption, charges he denied during the course of the controversial trial.

According to the BBC, although homosexual activity is illegal in the majority-Muslim nation of Malaysia, convictions are uncommon, and the case against him was condemned internationally as being politically motivated.

He was imprisoned for six years for corruption.

He came back stronger

In a surprising turn of events in 2016, his former rival, Mahathir, announced his intention to return to politics.

Mahathir started working with Pakatan Harapan (PH), a pact that Anwar’s PKR was part of. Anwar was in prison at this time for a second sodomy conviction. He however remained immensely popular among opposition supporters.

They emerged victorious in the 2018 general election and Mahathir was made prime minister, for the second time. However, he had indicated he would hand over power to Anwar within two years. Anwar received a royal pardon after GE14.

However, this was not meant to be as internal crisis saw Mahathir resigning as prime minister and PKR deputy president Datuk Seri Mohamed Azmin Ali leaving to work with Mahathir’s Parti Pribumi Bersatu Malaysia (Bersatu), among others to lead the government. At this point, Tan Sri Muhyiddin Yassin was appointed prime minister.

Dubbed the ‘Sheraton Move’, Malaysia would see the appointment of yet aother prime minister, making it three prime ministers during the course of one election term.

Going into GE15, Anwar remains as PH’s prime ministerial candidate and while they walked away with 82 parliamentary seats, it still isn’t enough for them to form a government. Anwar’s over two decades quest for the elusive prime minister post remains in limbo at the moment as BN, with 30 seats, has yet to state if they would support PH to form a unity government.