Christian MPs in Gabungan Parti Sarawak (GPS) are implored to reject working with PN and PAS to form the next government to maintain racial harmony in Sarawak. 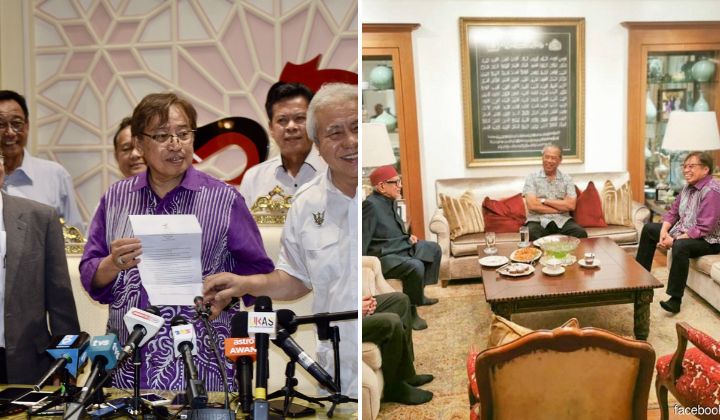 A petition has been set up to urge Christian MPs from Gabungan Parti Sarawak (GPS) to reject working with Perikatan Nasional (PN) and PAS to form the next government.

The petition was addressed to 13 MPs and had collected around 31,655 signatures and counting at the time of writing.

According to Free Malaysia Today, the petition was launched after Baru Bian, former Sarawak PKR head, called on GPS to reject the alliance with PN and its component party PAS, calling both parties “racist bigots.”

I wish to appeal to all the Christian Sarawak MPs to make a stand to reject working with PN to form the Federal Government. We pride ourselves in having a multi-racial and multi-religious society and we have managed to co-exist harmoniously for so long. We must not let anything or anyone threaten this harmony.

An excerpt from the ‘Appeal to Christian Sarawak MPs to Reject Working Together with PN/PAS‘ petition on Change.org

The petition also pointed out examples of the leaders of both parties making blatant allegations about other religions and Sarawakians.

This prompted the Council of Churches of Malaysia (CCM) to release a statement to refute the claims, Malay Mail reported.

Meanwhile, PAS president Abdul Hadi Awang had allegedly said non-Muslims and non-Bumiputeras made up the bulk of the ‘roots of corruption’ in the country.

He had also insultingly described Sarawakian indigenous communities as “ignorant cawat” (loincloth-wearing) voters for not knowing how to vote in 2009.