Some posts on social media of him queueing up earned the praise of many. 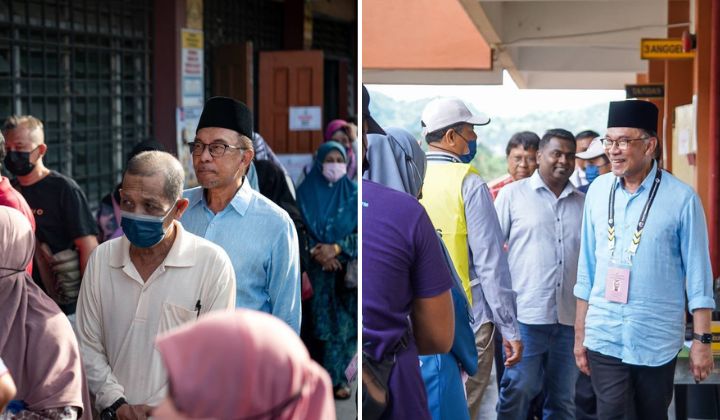 Some netizens soon claimed that he was allowed to jump the queue and called him out for his behaviour.

According to Sinar Daily, Anwar was allegedly removed from the line and allowed to vote early because his presence attracted over 50 media practitioners, including foreign journalists, to the area.

Anwar managed to socialise with the other voters after casting his ballot and also issued an apology for cutting the queue.

I apologise that I have to cut to the front, if I didn’t reporters would be swarming this area. After voting I will go to Tambun to review the polling process and meet my supporters there.