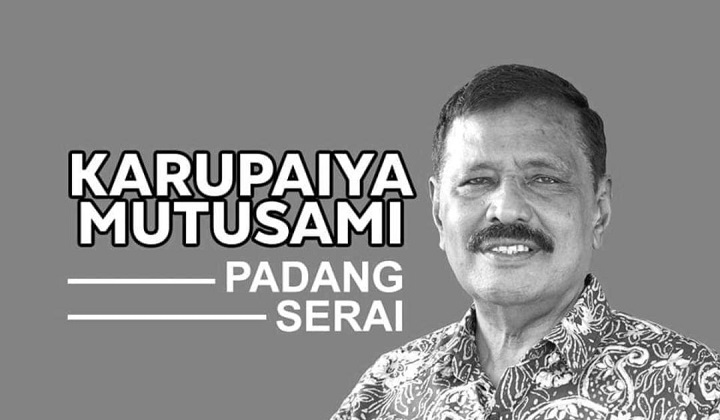 “On behalf of PKR’s big family and Pakatan Harapan, I would like to extend our condolences to the family of the late Karupaiya. His passing is a big loss to the party and the ‘reformasi’ struggle.

“His contributions in Parliament, to the entire Padang Serai branch, and to the Armed Forces especially the veterans will be remembered,” Saifuddin said.

Karupaiya was set to defend the Padang Serai seat where he would have faced off four other opponents; Datuk C. Sivaarrajh of Barisan Nasional (BN), Datuk Azman Nasrudin of Perikatan Nasional (PN), Mohd Bakhri Hashim of Warisan and Independent candidate Sreanandha Rao.

During his one term as Padang Serai MP, after having won the seat in GE14, website MYMP listed his attendance in the Dewan Rakyat as 87 over 89. He had also asked a total 87 questions while the Parliament was in session.