Malaysia Airlines joins the other airlines in returning their fleet of Airbus A380 due to the high operating costs. 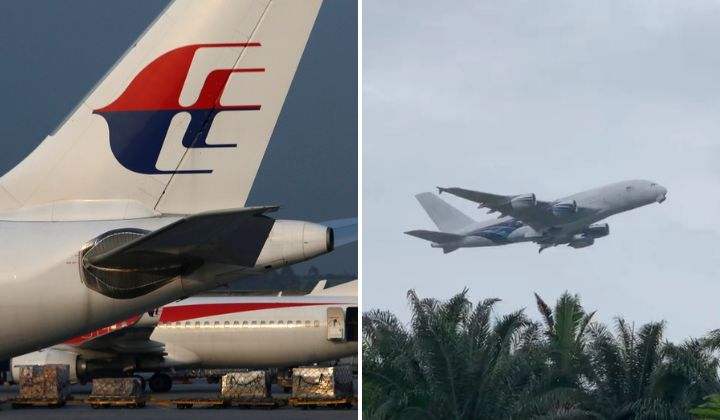 Earlier today, Malaysia Aviation Group (MAG), the parent company of Malaysia Airlines (MAS), started sending its first A380 aircraft back to the Tarbes–Lourdes–Pyrénées Airport in France.

All six of MAS’s A380s will be returned to the aircraft manufacturer Airbus one by one every Monday. What’s to become of them is left up to Airbus.

Malaysia Aviation Group plans to retire and exit A380 by the end of 2022. However, the terms related to the deal with Airbus remain confidential.

The Airbus A380s were superior products but their high operating costs have caused many international airlines to retire them from service.

MAS had tried to sell the superjumbo jet since 12 July 2021 but there were no solid buyers.

According to New Straits Times, all six MAS A380s are on long-term parking and are not included in the national carrier’s network plan due to its higher operating cost for having four engines per plane.

If you look at future aircraft technologies, it’s all about twin-engine and long-range. So, if you want to be competitive, you cannot put an A380 in play because the operating cost is high. It will not bring you to the level playing field to be competitive. No doubt the product on the A380 is superior, but at the end of the day it (comes down to) profit and loss.

MAS first bought the Airbus A380 almost 19 years ago on 11 December 2003 and it took its first flight on 14 March 2012 before getting delivered eight months later.

According to ch-aviation, ten planes will be directly purchased from Airbus with back-to-back or lease-back arrangements with Avolon. The other 10 planes will be leased directly from Avolon.

Goodbye MH Airbus A380. One last flight for 9M-MNC . pic.twitter.com/viKcs09Bzu

Other countries are returning their A380s too

One of the vocal opponents of the A380 is Qatar Airways CEO Akbar Al Baker who said there’s a zero second-hand market for the A380 and purchasing the plane for Qatar Airways was a huge mistake.

Air France was the first airline to announce an early retirement of all ten of its Airbus A380s fleet in 2020.

According to World Airline News, Singapore had returned two Airbus A380s. The other airlines retiring the superjumbo jets include Emirates, Etihad, Hi Fly and Lufthansa.

The retired planes are often stripped down to parts so the same fate might happen to the returned A380s.