At 2:26 a.m., the fire department received an emergency call after a landslide in Taman Halaman, Ampang destroyed the kitchen and bedroom of a bungalow. 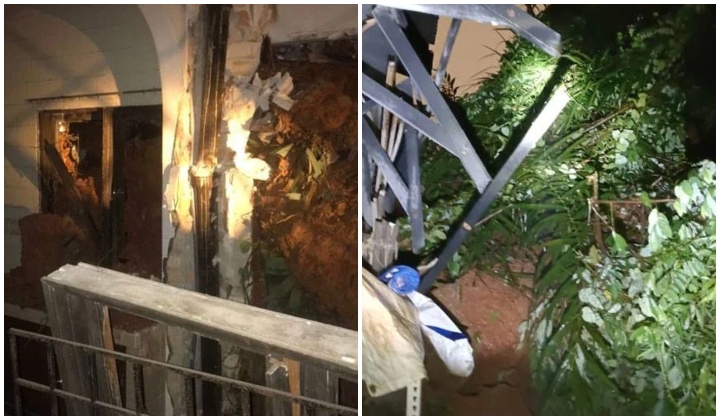 A family in Taman Halaman, Ampang, experienced tense moments early this morning when a landslide hit their bungalow.

Norazam Khamis, Director of the Selangor Fire and Rescue Department (JBPM), informed Sinar Harian that they received an emergency call about the incident at 2:26 a.m.

A team of seven from the Ampang Fire and Rescue Station (BBP) along with equipment were dispatched to the location.

Upon arrival, they discovered that earth and debris from the hillside had destroyed the walls of the kitchen on the first level and the bedroom on the second storey.

The fire department also reported that the house’s occupants, a couple, both 39, and their 11-year-old son, had safely evacuated.

We estimate the size of the rubble behind the victim’s house to be around 35 x 20 square feet. However, the incident did not result in any injuries to the victim’s family.

Following the landslide, soil movement control and barriers were installed in the area. The Slope Unit of the Ampang Jaya Municipal Council will also carry out further actions.