Despite the bumpy start, Soh Wai Ching emerged as the winner and broke the course record. 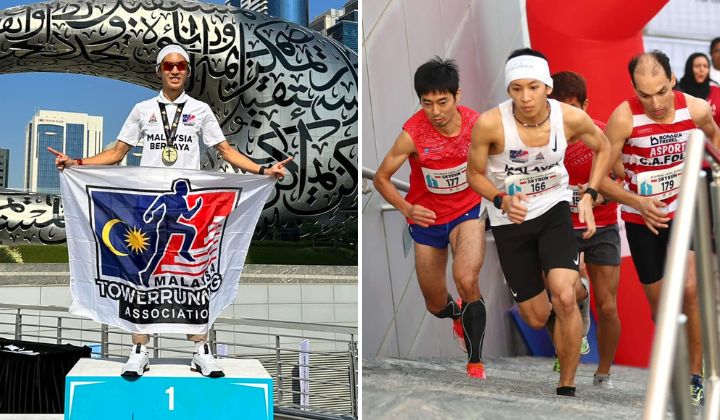 Malaysian tower runner Soh Wai Ching had two bad starts at the Dubai Holding SkyRun but still emerged as the overall winner at the end of the race!

At the start of the race, another runner crashed into him while the group ran towards the building.

And when I got to the base of the staircase, there was a mat on which I slipped and fell.

With his win, Soh also set a new course record upon completing the race in Dubai yesterday (12 November).

He scaled 1,334 stairs at the 52-storey Jumeirah Emirates Towers in 6 minutes and 53 seconds.

The previous record was 6:55 minutes by Piotr Lobodzinski from Poland in 2019.

On Facebook, Soh said he was glad to achieve his goal of breaking the course record despite the setbacks during the race.

After his win today, he shared that he wants to climb the 10 tallest towers in Dubai over 30 days next year.

According to the Dubai media office, the Dubai Holding SkyRun 2022 saw 250 competitors from 40 countries, aged 16 to 78, participating.

Historical Malaysian Figures You May Not Have Known, But Google Does [Part 1]