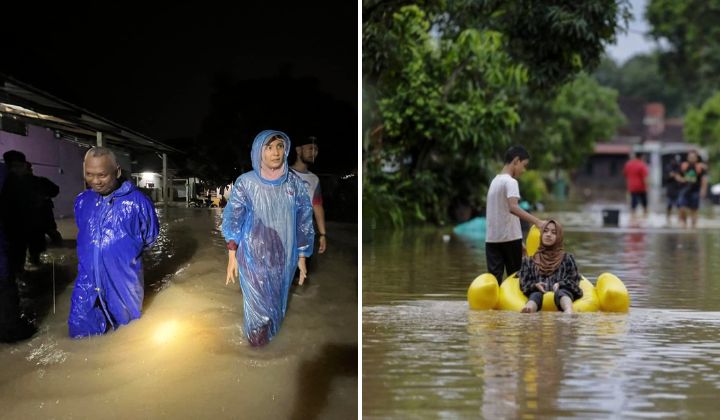 In light of the monsoon month, Jabatan Pengairan dan Saliran (JPS) issued a warning that there’s potentially a flash flood happening in several areas in Malaysia.

Due to various factors, some areas that were not listed by JPS were also inundated with floods

Several areas, such as Taman Sri Muda, Klang, Serdang, and Tanjong Karang, have been flooded due to continuous rain.

Over in Hulu Langat, residents are also dealing with a landslide and have been safely evacuated.

The Barisan Nasional candidate for Hulu Langat, Datuk Johan Abd Aziz, said Hulu Langat was one of the worst affected areas during the big floods last December. They have been fully prepared since then.

There are 15 boats on standby in various villagers to get ready for evacuation, The Star reported.

Free Malaysia Today reported that 34 areas in mainland Penang were inundated with flood waters after heavy rain since 5pm.

The flood has forced three general election candidates to suspend their campaign activities.

Over in Seberang Perai Tengah, areas such as Alma Bukit Mertajam, Machang Bubok, Desa Damai, and Taman Impian were affected by flash floods.

The heavy rain, which began around 6pm, caused the floods.

So far, 78 victims from 18 families have been evacuated to the relief centres.