Rapid KL said there was a fault with the train’s automatic system. 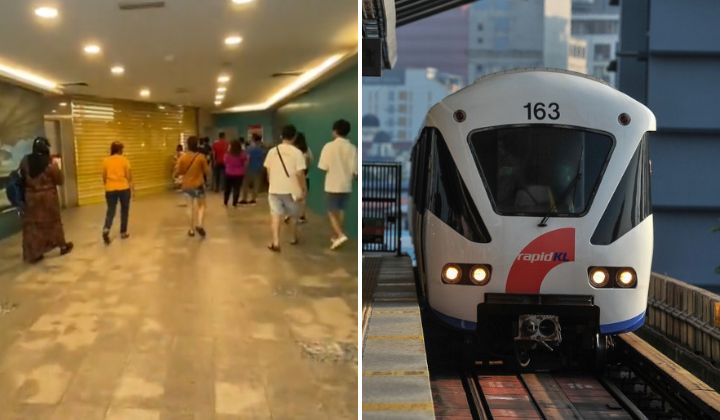 The LRT service between KLCC station and Ampang Park station is temporarily halted due to a fault with the train’s automatic system.

According to Rapid KL’s statement, the automatic system was found to be unstable on 5 November so the trains on the Kelana Jaya line had to be driven manually.

The issue was initially fixed on Sunday morning (6 November) but the problem recurred on Monday (7 November).

Although the issue was fixed at 5.30am today, Rapid KL felt that it was better to close the train stations as a safety precaution.

As of 4.49pm today, the route from Kelana Jaya station to Ampang Park station is closed.

Commuters are advised to find alternative transport to get around. For the time being, Rapid KL has provided free transit buses.

Transit trains using these routes have also been made available:

For more information regarding alternative transport, commuters are advised to seek assistance from the auxiliary police and station officers.

The announcement caught some commuters by surprise and they took their complaints online.

A netizen only realized the KLCC station was closed around 4pm today and wondered how others would get home from work today.

Another netizen asked someone from Rapid KL to help his 70-year-old mother who was stuck at Damai station.

Since it seemed to be a recurring issue, others wanted to know when’s the next train breakdown going to be so they could prepare alternative transport in advance.

My mom, 70yo stuck Ed in Damai station. Called hotline but nobody’s picking up. Can someone at the station help assist her!

Luckily i walk out an hour ago,seriously two days in a row!!!