A total of 46 victims were safely evacuated to a temporary shelter last night. 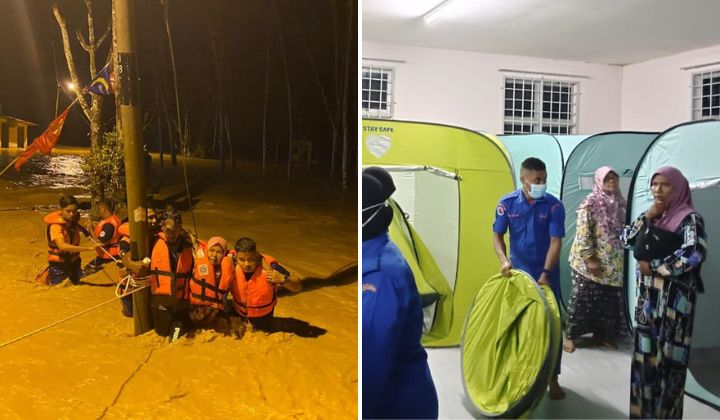 Kampung Iboi became the ground zero of a massive debris flood disaster in July which caused three deaths. The village has been hit by floods for the fourth time yesterday evening (4 October).

Kedah Civil Defence Force (APM) said 10 houses in the village were affected around 8pm. As of 11pm, they managed to shelter 15 families in the temporary shelter at Surau Ittafaqiah.

Berita Harian reported that villagers from Kampung Padang Empang were also brought to the shelter, bringing the total number of victims at the shelter to 46.

Villagers in Mukim Siong, Baling, and Pulai are advised to be careful and vigilant when there’s heavy rain and flooding.

They’re also reminded not to wait but to evacuate immediately if they see the river swell with water.

Other areas experiencing floods too

Aside from Kampung Iboi, several villages in other states are facing floods as well.

Over in Terengganu, 9 university students were trapped by a water surge at a popular picnic spot at Lata Ulu Kelabu, Setiu, around 5pm yesterday.

The group, aged 23 to 24, were rescued by a team of policemen and firefighters.