Nathan De Romeo, a staff of the hospital, thanked everyone who spoke up on the issue regardless of religion and race. 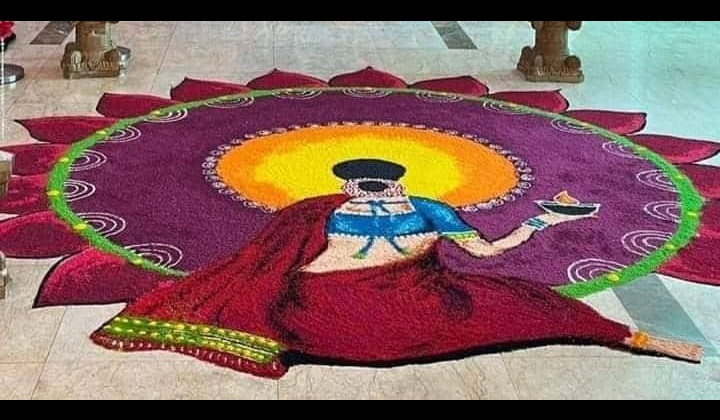 The creative mind behind the Deepavali ‘kolam’ at a private hospital in Klang today took to Facebook to share a message of peace and unity.

Nathan De Romeo, a staff of the hospital, thanked everyone who spoke up on the issue regardless of religion and race.

He shared that the authorities and the hospital management had taken appropriate action in the matter.

“Therefore, I kindly request you guys NOT to make the issue viral anymore. Let us stay united & peacefully in this multiracial country (sic),” Nathan wrote.

“Thank you once again. Love & peace to all Malaysians.”

On October 16, Nathan had posted some progress still and video shots of his work on the ‘kolam’, with a caption that said ‘I’m not perfect but always trying to give my best.’

Earlier today, police confirmed that the suspects in the ‘kolam’ vandalism case have been remanded for three days.

The two suspects, one who was seen in a viral video of the incident stepping on the ‘kolam’ seemingly on purpose, and another who filmed the incident, were arrested Sunday night when they came to the North Klang district police headquarters to have their statements recorded.

In a statement, North Klang district police chief ACP Vijaya Rao said the two suspects were in their 20s and 30s. He confirmed that they were both staff members of a private hospital, as reported by Sinar Harian.

After the video had gone viral, KPJ Healthcare issued a statement saying they were aware of the issue and that an internal investigation would be conducted.

This was after Netizens pointed out that the ‘kolam’ was most likely at the lobby of a KPJ hospital based on the logo spotted in the backdrop.