Its president Larry Sng however said that the party would reapply to join BN after November’s general election. 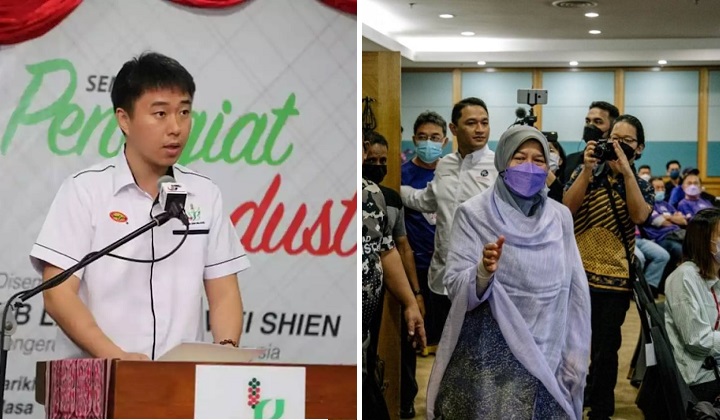 Parti Bangsa Malaysia (PBM) will contest the 15th General Election (GE15) using its own logo after being snubbed by Barisan Nasional (BN).

The party founder Datuk Larry Sng said that despite BN’s decision, PBM would continue to be BN-friendly and will re-apply to join the coalition post-GE15.

“PBM respects BN’s decision not to admit the party into the coalition now and we shall contest GE15 under our own logo instead. We will revisit our application to join BN after the election,” Sng wrote on his Facebook yesterday.

He also added that PBM will not limit itself to contest in the seats it previously held, adding that not all incumbent representatives will be nominated as the party’s candidate for the 19 November general election.

In an earlier post, the incumbent Julau MP said that he is still the official PBM president and will be the only authorised office bearer to sign the credentials for the party’s candidates contesting in GE15.

“(In) GE15, I will be contesting under the PBM ticket. As president of the party, I have never resigned from my position nor relinquished my party membership.

“This party has its roots originated from Sabah and Sarawak. It is important that our voices and representation are not ignored or marginalised.”

“As for the status of PBM’s other candidates for GE15, it is a matter which I will announce in the coming days.”

He also appeared to downplay the previous announcement by party leaders about PBM’s presidency, dismissing it as “mere speculations”.

“The official announcement will be made by myself and only I will sign the watikah (appointment letter) for PBM in GE15.”

Both Sng and Zuraida, the incumbent Ampang MP, were previously from PKR.

Zuraida was named as the PBM president-designate by Sng on 10 June, just weeks after joining the party from Parti Pribumi Bersatu Malaysia (Bersatu).