The Business of Fashion (BoF) 500 is an index of people who have shaped the global fashion industry. 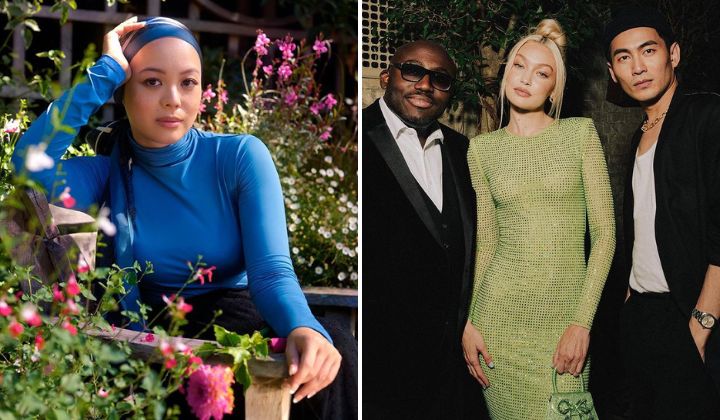 The Business of Fashion curates the BoF 500, a definitive index of people who shaped the global fashion industry of today and tomorrow.

BoF editors go through hundreds of nominations from existing BoF 500 members, put in extensive research and even leverage on-the-ground intelligence from around the world.

Nominees are chosen based on their leadership, creativity, innovation and impact on fashion and the wider world.

Suffice it to say, whoever made it into the prestigious list is vetted through and through and not everyone gets to be there.

YES, and we have not only one but five notable Malaysians on the BoF 500 list! They are Dato’ Farah Khan, Han Chong, Tracy Sun, Zhong Lin and Vivy Yusof.

Zhong Lin and Vivy Yusof are the newest additions to the list, only joining the BoF 500 Class of 2002 recently.

Here’s how they have contributed greatly to the fashion industry.

Dato’ Farah Khan has been a member of BoF 500 since 2015 and we have her to thank for bringing numerous luxury brands to Malaysia.

By bringing in mixed-brand stores like Aseana and M Store, she also brought in brands such as Balmain, Victoria Beckham and Mary Katrantzou.

Her passion for fashion is evident since she’s also the creative director of her eponymous label, Farah Khan.

Han Chong has been a member of BoF since 2017. He’s the designer behind Self Portrait, a contemporary luxury label, and has found global commercial success with his popular label of feminine dresses.

Self Portrait gained commercial and media attention for its accessible pricing strategy since its launch in 2013.

Beauty shouldn’t only be an option for the privileged few. It is possible not to have to sacrifice the quality and details within the products if you find ways to make fabrication more cost-efficient.

Penang-born Chong moved to London to study womenswear design at Central Saint Martins. Upon graduation, he co-founded the label Three Floor with Yvonne Hoang in 2011. However, he left in 2013 when he wanted more creative control over his work and launched Self Portrait.

Selfridges became Self Portrait’s first major stockist, taking on the label in 2014. His designs were soon seen in Matchesfashion.com and Net-a-Porter the next year.

His designs have been worn by celebrities such as Kristen Stewart, Reese Witherspoon, Rachel McAdams and Queen B herself, Beyonce, who wore one of his designs to Wimbledon in 2016.

In 2016, Self Portrait was nominated by the British Fashion Council for the British Emerging Talent award.

Han Chong also launched a five-year scholarship fund in November 2018 to support Central Saint Martins MA Fashion students and successful applicants get access to mentorship from Self Portrait and its key stakeholders.

Read all about our Co-Founder @Tracy_Sun‘s journey to boss life in this @sfchronicle piece: https://t.co/j4Yhu34evg pic.twitter.com/G6Y369TFYc

Tracy Sun has been a member of BoF since 2017. She’s the co-founder and vice-president of merchandising at Poshmark, one of the largest fashion resale platforms.

She has been highlighted as a Top Female Tech Founder by USA Today and TechCrunch. Tracy Sun is also named among Refinery29’s “Woman Making Waves in Tech.”

Sun was at the helm of the Silicon Valley startup and turned it into a giant community marketplace for fashion with over 4 million sellers. Poshmark is also the first e-commerce platform to go mobile-first.

Born in Kuala Lumpur and raised in New York, Sun thought her future lied in neuropsychology and undertook a degree in biology and psychology at Colombia University.

Her internship at Brooklyn Industries would prove to be a turning point in her career path. She rose to vice president of merchandising in three years and turned her attention to bringing fashion and tech together.

Upon receiving an MBA from Dartmouth University, she founded Poshmark which was launched in 2010. It raised almost $160 million in funding in its first launch.

A post shared by The Business of Fashion (@bof)

Vivy Yusof just joined BoF this year and is noted as one of the modest fashion industry’s most influential voices in Southeast Asia.

She’s the co-founder and creative director of FV Group, the company behind brands such as Duck and Lilit. She graduated with a Bachelor of Laws from the London School of Economics and Political Science and decided entrepreneurship was her calling.

Her first venture was FashionValet.com, an online marketplace that stocked over 400 brands in both modest and mainstream fashion industries across Southeast Asia.

The blogger-turned-entrepreneur launched her firm in 2020 with an initial focus on e-commerce in 2014 before creating her own direct-to-consumer brands in 2019.

By 2022, she built a network of 14 physical stores across Malaysia and Singapore. Since starting a range of halal cosmetics, her aim is to create “global household names” and turn Duck and Lilit into the go-to brands for modest fashion.

She has also tried her hand at showbiz and starred in a reality show called Love, Vivy. Vivy Yusof wrote a book on entrepreneurship titled The First Decade as well.

Zhong Lin also newly joined BoF this year and is a known photographer in the industry. Her unique portraits have caught the eyes of international magazine editors, celebrities and fashion and beauty brands.

Her rich portraits have been described as dreamy, vibrant and at times unsettling, which sets her apart from the rest.

British creative director and stylist Katie Grand first commissioned her to shoot for the inaugural issue of Perfect magazine in 2021 and it helped propel her name.

She has since worked with celebrities and models such as Nicole Kidman, Ashley Graham, Gisele Bundchen and Adut Akech.

Her work has also appeared in publications such as various international editions of Vogue, GQ, Esquire, Harper’s Bazaar, i-D, Dazed and L’Officiel. Other brands who have sought her out include Nike, Mugler x Wolford and SKII.

Zhong first discovered her passion for photography while she was studying advertising in Kuala Lumpur in the early 2010s.

When the pandemic hit, she channelled her restriction-induced boredom into a body of vibrant and eccentric portraits.

She started getting attention from the mainstream media after she posted a photo a day on her Instagram account for an entire year in a series she called Project365.