The 38-year-old former Malaysian international is hoping to become the first Malaysian footballer to win the AFC Cup twice, having won it with JDT back in 2015. 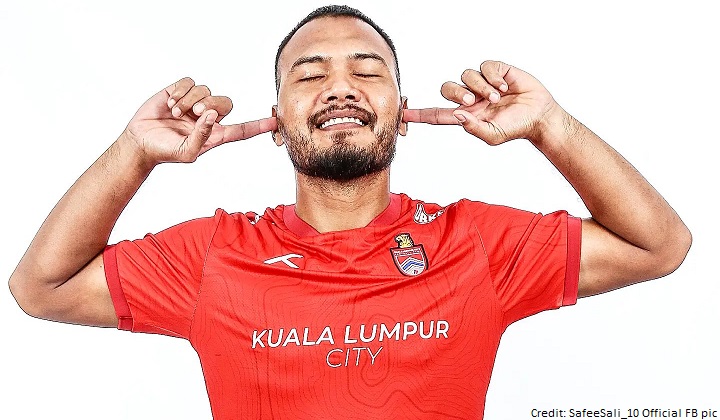 Safee said that KL City, under the guidance of experienced coach Bojan Hodak, had been playing well in the cup competition and hope that the team can spring another surprise this Saturday at the National Stadium Bukit Jalil.

He said that it was a special occasion for him to be playing again in the AFC Cup final as it was not an easy feat to achieve.

“To a small extent, I may only be helping in terms of moral support for the players during training and matches.

“This is also the highlight of my career, being able to be in the AFC Cup final twice.

“Alhamdulillah, this is my destiny and fortune. I feel very lucky to be with this team in the final of the AFC Cup after we beat all the odds.

“It’s okay if I don’t get to play as it’s up to the management. I just want to enjoy the atmosphere of being in the AFC Cup final,” Safee was quoted as saying by The Star.

Safee also advised his teammates to enjoy the atmosphere during the final and hope that the venue will bring luck to the team as it is the same venue where they beat the odds to be crowned the Malaysia Cup winner last season.

“If it’s the final, there’s not much emphasis on the players, they just have to enjoy the atmosphere of the final so they don’t get stressed about the match.

“The most important thing is that we are in the final…we prepare well, sleep and eat enough, make sure we are ready for this Saturday’s match,” he added.