The trailer driver allegedly refused to cooperate during an inspection and hit the police personnel. 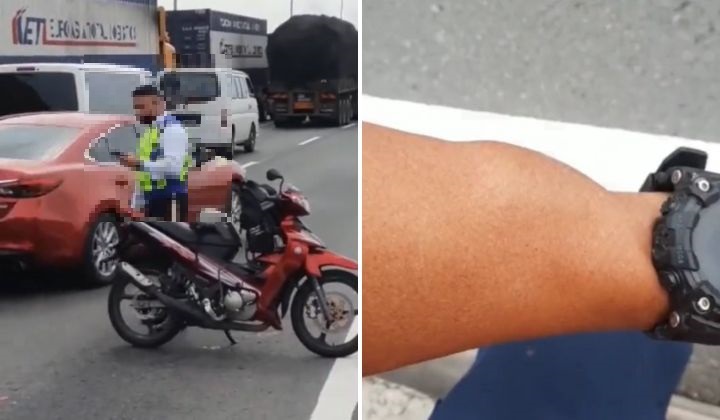 A trailer driver claimed that he was assaulted by a traffic policeman at the Sultan Abu Bakar Complex in Tanjung Kupang, Johor, yesterday (17 October).

According to Malay Mail, he claimed that the incident took place around 10.20am.

The driver also allegedly uploaded the claims on Tiktok through the account ‘Abe Chik Kelantan’ and it went viral.

Based on a preliminary investigation, the police alleged that the trailer was driven in the right lane which was designated for light vehicles.

The driver allegedly refused to cooperate during an inspection and cursed at the police personnel.

Upon exiting the vehicle, he punched the traffic police twice in the face and kicked his motorbike.

A minor scuffle then broke out between the trailer driver and the traffic police.

Iskandar Puteri district police chief ACP Rahmat Ariffin said the driver was apprehended at the location at 1pm on the same day to help with the investigation.

An investigation paper has been opened under Section 353 of the Penal Code and a remand application against the driver will be made at the Johor Baru court today.