Zahid said that Ismail Sabri would be installed as the prime minister if BN were to form the Federal government post GE15. 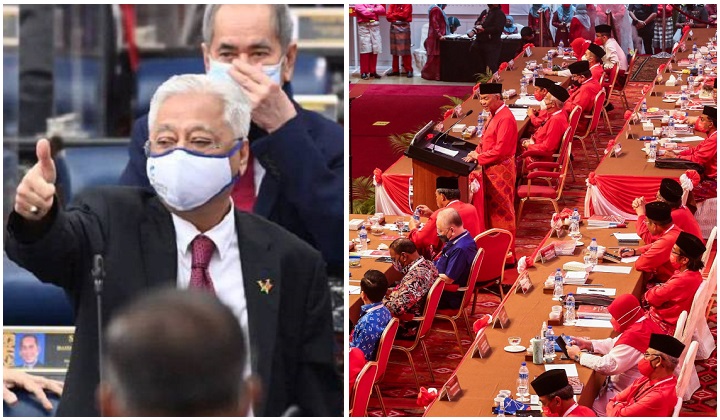 Zahid reiterated that Ismail was the only choice of the coalition and that the Opposition front was only speculating about his prime minister’s candidacy.

“At the party level, the decision that Ismail Sabri is our ‘poster boy’ and candidate for the post of prime minister is final as decided by the UMNO supreme council.

“The actions of certain parties are only aimed at causing friction, especially within Umno and among the Barisan component parties, as they don’t have anything to attack us,” Zahid was quoted as saying by The Star.

There have been rumours that BN would name Zahid as the prime minister should the coalition win GE15 but it was categorically denied by UMNO secretary-general Datuk Seri Ahmad Maslan.

Meanwhile, the Bagan Datuk MP said that BN would nominate at least 70% fresh-face candidates in GE15.

“Those who will be nominated are individuals of calibre, have academic qualifications, and are highly committed to helping the people,” he said.

He also added that BN would do its best to meet the demand to fill 30% women candidates.

“I need to be fair and as party president and Barisan chairman, it is also necessary for me to keep the old faces so that the partnership is stable and balanced,” said Zahid.

In a related matter, Zahid said that BN would contest 191 parliamentary seats out of the 222 offered.

He added that for the first time ever, Friends of BN parties would also be given the opportunity to contest on the coalition’s ticket.