The cash aid is to show the Keluarga Malaysia government’s appreciation for the hard work of the Orang Asli village leaders. 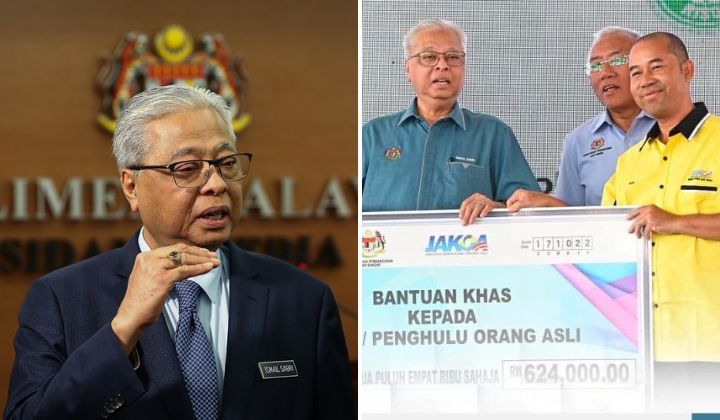 According to Malay Mail, the initiative involving an allocation of RM624,000 was a sign of the Keluarga Malaysia government’s appreciation for each Tok Batin and Penghulu in developing and preserving the Orang Asli heritage.

This also proves that the government has never sidelined the contributions of the Orang Asli community who are part of Keluarga Malaysia.

Ismail Sabri acknowledged that the Tok Batin and Penghulu in the villages helped to ensure the Orang Asli village-level administration ran smoothly.

He added that the government has allocated an allowance totalling up to RM6.739 million annually for a total of 624 Tok Batin and Penghulu.

The government has also allocated RM2.7 million in the 2023 Budget to develop the youth economy in the Orang Asli community.

Ismail Sabri promised that his government will always look after the welfare of the Orang Asli such as helping the community to fight regarding land issues if it continues to be given the mandate in the 15th General Election (GE15).

On another note, The Star reported that Ismail Sabri will waive a total of RM233.8 million in debts owed by Felcra settlers.

More than 300 Felcra projects with low viability and over 20,000 settlers owe millions in debt due to poor pay.

Ismail Sabri said the next step would be holding a meeting to discuss the procedures and terms.

However, we can’t have any meetings yet since Parliament has been dissolved. We will make it come true if my friends (the Cabinet) and I can meet again after GE15.