The customer was left in the dark about the matter because the assistant manager didn’t know how to solve the issue. 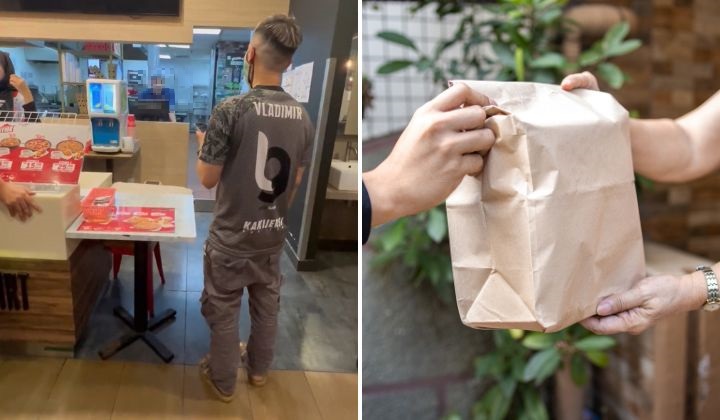 A Twitter user recently had a bad experience ordering food from Pizza Hut and was appalled by the service.

The outlet was busy, so he expected to receive the food order late. On the receipt, the expected delivery time was at 6.34pm.

He waited until 7pm and his pizza didn’t arrive. He called the corporate line and the person on the other line said they’ll check with the area manager. They also told Abudi that the area manager would call him back.

Abudi gave them another 30 minutes, and the pizzas he ordered still didn’t arrive. When he called the corporate line again, he was told the food delivery rider was on his way.

At this point, his family was already super hungry but they decided to wait awhile more since they’d paid for the food.

The last straw came when the food still didn’t arrive at 8.30pm. Abudi called the corporate line again and was told they didn’t know what happened.

Feeling livid, Abudi drove all the way to the outlet and what he found out made him angrier.

Pizza Hut used a third-party delivery service to send their food orders. The assistant manager told Abudi that the rider allegedly didn’t call him and just marked the order as ‘incomplete.’

Shockingly, the rider allegedly passed the food order to the wrong house since the order had been paid.

The assistant manager admitted that he didn’t know how to solve the issue because the manager was on holiday.

He then asked whether Abudi could wait another 10 minutes so they could complete his order right there and then.

Abudi finally got his food order but the whole experience left a bad taste in his mouth.

He advised companies to train their staff better and hopes to be compensated for his troubles in some way.

After his complaints gained traction online, Abudi said a professional and admirable senior executive from Pizza Hut got in touch with him.

The senior executive apologized and explained that he had listened to the recorded calls Abudi made. Abudi was then offered a refund as compensation, but it would take 14 to 21 days to process.

Abudi also advised the executive to train their staff better, especially on how to treat customers. He thanked the senior executive for calling him to sort out the issue and make amends.

Based on comments from netizens, they have also faced similar bad service from different Pizza Hut outlets and other fast food joints.

Hopefully, everyone can take this incident as a lesson and improve their services to serve customers better.

The Malaysian Palate: A Year Full Of Sweet And Savoury!